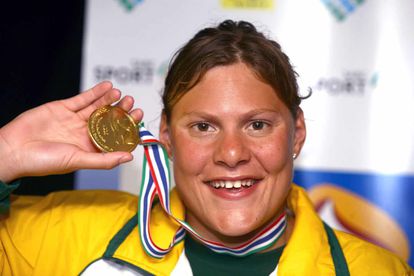 To mark its 20th anniversary on Monday 17 February, Laureus is asking people to help them choose the most inspiring sporting moment of the last 20 years.

The global organisation celebrates sporting excellence and uses the power of sport to transform the lives of children and young people.

And this year, instead of selecting the conventional Laureus World Sports Award for achievements from the past 12 months, they’re honouring one athlete who stood out from 2000-2020 with South African Olympic and Paralympic swimmer Natalie du Toit making it into the top five.

And the other finalists are:

Du Toit made it to the top five after two rounds of voting, which saw the contenders whittled down from 20. Fans voted at each round and now have their chance to ensure Du Toit brings the award home to South Africa.

Voting closes just before midnight on Sunday 16 February 2020. The Laureus Sports Awards ceremony will be held in Germany on Monday.

In including her on the list of contenders, Laureus recognised the swimmer for her “Ability of the Mind’.

After being in horrific crash in 2001, du Toit was was forced to have her left leg amputated at the knee. She’d already swam for South Africa at the 1998 Commonwealth Games and was set for a stellar career. Determined to continue with the sport she loved, Du Toit made it back into the pool.

Over the past two decades her accomplishments have been exemplary, says Laureus.

“With relentless determination and incredible strength in recovery and training, Du Toit made it to the Commonwealth Games in Manchester 2002. Not only did she break records in the multi-disability 100-meter freestyle as well as the multi-disability 50m freestyle, but she also left her mark on the world and made history.

“Du Toit qualified to swim in the 800m able-bodied freestyle final. This was the first time in history that an amputee had qualified to compete in the finals of a major, able-bodied, international swimming competition.

“With her strong focus, du Toit finally realised her ultimate goal in 2008 in Beijing, when she made history by becoming the first female amputee swimmer ever to qualify for the able-bodied Olympics.

“Continuing to push boundaries, Natalie du Toit carried the South African flag during the opening ceremony at both the 2008 Olympics and Paralympics.”

This is where to vote for Natalie du Toit: Laureus Sporting Moment

Du Toit, however, isn’t South Africa’s sole chance for victory. The Springbok team that won the 2019 Rugby World Cup have also been nominated. They’re on the list for the Team of the Year.

The Boks are up against Liverpool, Mercedes, the US women’s football team, Toronto Raptors and the Spain men’s basketball team.

The country may have double reason to cheer if both Du Toit and Bok captain Siya Kolisi lift the trophies in their categories.