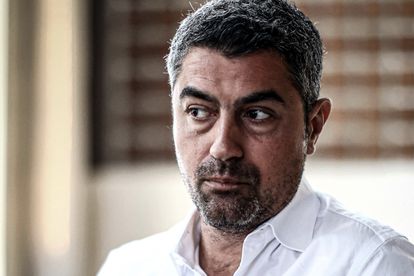 Michael Masi, removed as Formula One race director over his management of the season-ending Abu Dhabi Grand Prix last year, has left the FIA. Photo: Twitter

Michael Masi, removed as Formula One race director over his management of the season-ending Abu Dhabi Grand Prix last year, has left the FIA. Photo: Twitter

In a season of high drama, Max Verstappen claimed his maiden Formula One driver’s championship, with the Dutch driver outpacing Lewis Hamilton on the final lap of the final race – thanks in part to the decision-making of Masi.

Mercedes immediately protested against the dramatic safety car procedure that allowed one final opportunity for Verstappen to overtake Lewis Hamilton to clinch the world championship.

This appeal was ultimately dismissed by the stewards, with Verstappen crowned champion, but that didn’t stop Masi from coming under fire for disregarding certain regulations and ultimately favouring the demands from the Red Bull team prior to the dramatic final stages of the season-ending race.

With the race director instructing only certain “lapped” cars to go past Hamilton, it resulted in competitive race conditions for the two title contenders to battle it out under a green light for one final lap.

Verstappen and Hamilton, who went into the race level on points, went wheel to wheel to the chequered flag with the Dutchman edging the race.

Until then, Hamilton had been coasting, his eighth world title seemingly in the bag, but Red Bull then received an unlikely “miracle” after Nicholas Latifi crashed.

It allowed Red Bull to enforce a pit stop for Verstappen, who put on fresh tyres, while Hamilton didn’t pit as Mercedes didn’t want him to lose pole position if the race ended under the safety car.

Although Red Bull and Verstappen celebrated the Dutch driver’s maiden title, Mercedes lodged an appeal, but it didn’t alter the end result.

When will Chiefs, Pirates next be in league action?

WATCH: She thought she can walk on water [VIDEO]