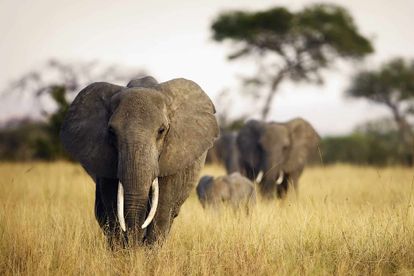 The continent’s pachyderms have been decimated at the hands of humans through poaching, trophy hunting, and habitat loss. Even though African elephants are classified as vulnerable to extinction by The International Union for Conservation of Nature (IUCN), certain positive policies are being ignored.

CITES (Convention on International Trade in Endangered Species) members voted against the trade in live wild-caught African elephants at COP18 in Geneva last August. Yet, six southern African countries including South Africa, did not support the resolution.

The treatment of African elephants

Zimbabwe, with flagrant disregard for the resolution, exported 32 live elephants caught in Hwange National Park to Chinese zoos, a few days before the CITES agreement was implemented in November 2019. After a five-year moratorium, Botswana reintroduced elephant hunting in May 2019, with a 2020 quota of 272 elephants.

The Elephant Norms and Standards (2019), which is currently before the NCOP, regulates issues regarding elephant management, including the handling, translocation, hunting, culling and population management. As it acknowledges the sentience of elephants, it excludes the capture of wild elephants for permanent captivity, except in exceptional circumstances.

Captive elephants are trained to interact with humans through the use of bull hooks, electrical prodders, food, water and sleep deprivation, and chains and ropes that force them into unnatural positions for long periods. They are often held in inadequate enclosures without adequate food and water, bedding, shelter and living space, mud wallows and bathing pools, mental stimulation, and veterinary care.

“African elephants spend most of their lives commuting large distances across their home ranges in search of food and water in line with seasonal changes and drivers in the landscape such as fire, people and predators. This is underpinned by their tight family bonds and social network that is not necessarily limited to familial lines,” says Audrey Delsink, Wildlife Director, Humane Society International-Africa.

“Elephants cannot be kept in captivity under humane and healthful conditions due to their complex biological, social, physiological and psychological needs, as these cannot be replicated in a captive environment,” she continues.

As times goes on, the welfare of South Africa’s 28,000 elephants remains in the hands of the DEFF.

The DEFF is preparing a new National Elephant Plan for overall management of elephants. Yet it rejected an invitation to the 2019 Captive Elephant Indaba with local and international elephant experts, where captive elephants and policy guidelines were examined in detail. It has also failed to consider the conference’s outcomes.

Dr Marion Garaï, Chairperson: Elephant Specialist Advisory Group (ESAG) and Trustee: Elephant Reintroduction Trust (ERT), recommends the upholding of the national legislation that prohibits the capture and removal of elephants from the wild to captive settings. The DEFF should facilitate the rehabilitation of captive elephants back into free-ranging systems wherever possible, because captive elephants have no conservation value and likely suffer from compromised welfare.

“We should strive to end all captive elephant facilities and rewild these captive elephants, as captivity does represent a lesser life for any elephant. South Africa is busy with some ground-breaking projects on rewilding. The large food and space requirements of elephants and complex social societies cannot be met in a captive situation and call for us to grant them their freedom,” added Dr Michelle Henley, CEO Elephants Alive, Co-Founder and Principal Researchers.

Elephant trophy hunting takes place within the Associated Private Nature Reserves (APNR) that adjoin the Kruger National Park, where almost 50 elephants are hunted annually. Once an elephant traverses from the Kruger into these privately-owned game reserves, it is considered to be fair game for trophy hunters.

This was the case with the unethical hunting of an elephant in Mohlabetsi River within Balule Nature Reserve in December 2019, which allegedly violated the Animal Protection Act, the Elephant Norms and Standards, and the National Scientific Assessment of Elephant Management. The animal was left to suffer at the hands of an unskilled hunter, who despite at least five shots was unable to deal a shot to the brain, heart or lungs.

DEFF minister Barbara Creecy has appointed a High-Level Panel (HLP)  that represents those in favour of the commercial use of South Africa’s wildlife, including elephants, but fails to represent those who support wildlife welfare in equal measure.

The NSPCA was not initially invited to partake in the HLP and was only offered a belated invitation once the preliminary draft was already submitted, which it duly rejected. However, it has made a number of recommendations in terms of elephant welfare in its submission to the HLP advisory committee on 15 June 2020. Audrey Delsink also declined appointment along with environmental lawyer, Cormac Cullinan.

“The morals of society are reflected in the way it treats all beings,” concludes Professor Rudi van Aarde, Chair of the Conservation Ecology Research Unit (CERU)  in the Department of Zoology and Entomology at the University of Pretoria.