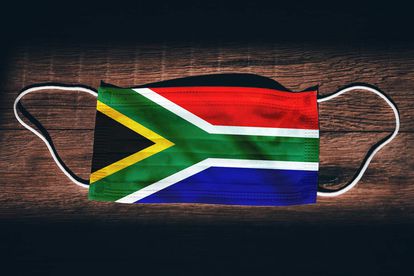 President Cyril Ramaphosa’s early decision to implement a nationwide lockdown on 27 March was revered. Just three months later, tolerance for the lockdown has diminished as infections soar. The President reminded the country on 8 June that some areas may move to higher alert levels, but compliance with increasing regulations could prove difficult to enforce.

In a nation known for skirting the rules, how will the government’s virus response fare?

The Causes of Noncompliance

The first problem the government faced was communication. Updates from important figures started strong but dwindled as the lockdown went on. The announcements of Level 4 and 3 regulations were met with confusion.

Some regulations were unclear while others were labeled completely nonsensical. The failure of the government to provide evidence for the regulations raised questions about their usefulness and caused some to ignore them altogether.

The government has also faced numerous legal challenges by companies, opposition parties, and civil society groups. Recently, the North Gauteng Division of the High Court declared the Level 3 and 4 regulations unconstitutional and invalid.

Although the decision is being appealed, continuing the regulations will be a tough sell. Groups have taken the government to court over specifics like the validity of the National Disaster Management Act or most famously, the tobacco ban.

While the government is defending its position vigorously, these challenges sow doubt about the validity of the lockdown.

For some South Africans, livelihood is the issue. The balance between virus management and restarting the economy is a contentious issue. Citizens may believe in the purpose of the lockdown and want to comply but find themselves forced to break rules after being out of work for weeks.

Some business owners in industries prohibited until Level 1, such as the beauty industry, have taken the risk of operating illegally out of their homes or on restricted days to keep their businesses alive.

Then there are those few who believe the entire lockdown is pointless. A minority of citizens has lambasted the government for instituting the lockdown, either citing an overreach of power or the principle of self-responsibility as their reasons. These people, although small in number, represent a growing trend worldwide that claims the threat of the virus is overblown, people should take responsibility for themselves, and life should return to normal.

The Glaring Problem with lockdown Noncompliance

According to research by Ask Africa, one in three South Africans say they will not comply with regulations if provinces revert to previous lockdown levels. That number increases to 40% of citizens in suburbs and metros, where infection rates are the highest. Frustration levels are high (70%) and some respondents admitted they have broken regulations, escalating the risk of infection.

These struggles with noncompliance come at a difficult time in virus management. The grim milestones of 50,000 infections and 1,000 deaths were surpassed with the estimated peak at least a month away. Stories of overwhelmed hospitals are on the rise. These numbers do not yet reflect the impacts of moving to Level 3 which is expected to cause another surge in infections.

This situation is manageable now but may not be in the future. The President hinted at this reality in his statement, saying: “While our country has had sufficient capacity to cope with the rate of infection so far, we continue to monitor the situation closely. If necessary, we will impose a higher alert level in specific parts of the country to prevent a rapid increase in cases.”

He implored all South Africans to “adhere to the restrictions that remain in place and continue to take basic precautions to prevent the spread of the virus.”

Considering the frustration of citizens, growing challenges to the regulations, and economic issues; reinstating previous lockdown restrictions will be an uphill battle. Declining trust in government and its strategy will need to be addressed for further regulations to be successful.

Compliance directly impacts the effectiveness of the government’s response, and at a time when lives are at stake, compliance is paramount.

‘This time is different’: Babes and Mampintsha seek therapy

Newspaper front pages from around the world, 22 August 2022