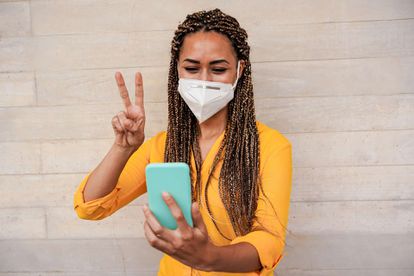 Teenagers and twenty-somethings may be being blamed in Europe for the various spikes of infections by partying without masks, ignoring social distancing and sharing cigarettes. But this misses an important point; our younger generations will bear the cost disproportionately of this crisis. This applies almost more than anywhere to the youth in South Africa.

First, as we are witnessing all over the world, schools and universities are simply incapable of operating at any usual level of effectiveness. Our children and teenagers have been stuck at home, missing their friends, teachers and an education that will adequately prepare them for their futures.

With a few exceptions, such as in Denmark, politicians have failed to devise credible plans to reopen schools in the fall. In the case of Britain, they’ve even added insult to injury by plunging the exam and university admission system into chaos.

It remains hard to see how teaching can return to what it was previously until a vaccine is found. This will have long term economic, social and psychological costs.

Secondly, the youth are economically more at risk than adults. As we have seen across Europe, youth unemployment has risen disproportionately than adult unemployment. The youth have fewer assets to fall back on, and are less likely to own their home. They also carry more debt.

Thirdly, and most critically, the burden of the enormous stock of debt which has been accumulated by countries to mitigate the effects of the crisis will not by felt by the elderly today, but by the tax payers of tomorrow. Economists call it the “intertemporal” effect of debt; deficits incurred today will increase the costs of consumption tomorrow, as the saving rate will have to increase.

The huge borrowings of the “baby boomer” generation in Europe have already saddled consumers today with a direct economic cost. This can only increase.

In South Africa, this is even more the case than in Europe. Draghi speaks about the value of having a social security safety net which mitigated the worst effects of the crisis. There is no meaningful equivalent in South Africa.

Draghi also spoke about the difference of “good” and “bad” debt.

Good debt is that which is invested in the productivity of an economy; in infrastructure, schools, healthcare and supporting small businesses and entrepreneurs. Bad debt is used to fund consumption by paying public sector workers or social grants, or paying for early retirement. These kinds of debts are economically unsustainable.

This is a typical example of the balance of careful Keynesianism and liberal orthodoxy that Draghi pursued while at the ECB. He adds that governments must invest and they must regulate, but with a critical proviso that this goes hand in hand with responsibility and solidarity.

Politicians, particularly those in South Africa, often prefer the second kind of debt as it garners votes in support in the short term.

“For years, a form of collective selfishness has led governments to divert attention and resources toward initiatives that generated guaranteed and immediate political returns,” Draghi said. “This is no longer acceptable today.”

Along with gender and racial inequalities, politicians in South Africa should use this moment to focus on investing in the youth, to minimise the long term costs they will have to carry.