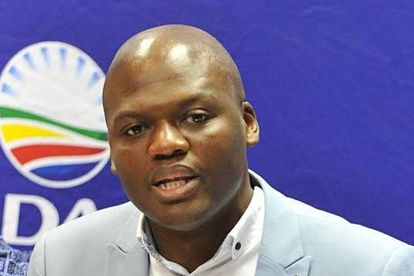 Former Democratic Alliance (DA) leader in KwaZulu-Natal Zwakele Mncwango has resigned as a member of the party.

Earlier this week, Mncwango resigned as a member of the KZN Provincial Legislature where he was the DA’s Chief Whip and assured the public that he was still a member of the party.

DA KZN leader Francois Rodgers said they  understand that Mncwango will take up the position of ActionSA chairperson in KZN before the end of October, which was his plan since he announced his first resignation earlier this week.

The party leader said they believe that Mncwango has been planning his departure to ActionSA for the last month.

When he tendered his resignation, the former DA KZN leader said there are certain options that he might consider for the future such as whether to remain in politics or further his academic studies or even venture into the corporate world should he decide to do so and rumours were already circulating that he might join Herman Mashaba’s ActionSA.

“Therefore, we feel he needs to come clean with the public and his new party as to why he saw it fit to enjoy the perks of his office in the Legislature, at the pleasure of the DA, while planning his departure to his new political party.

“These perks included an overseas trip in the last month to Norway and Uganda which cost taxpayers roughly R150 000. Surely if he had such misgivings about the DA, he should have resigned from the party before he enjoyed this costly trip.”

Despite thanking the outgoing Chief Whip for his enormous contribution to the party as both the DA Caucus Leader in eThekwini and the Provincial Leader of the party in the province, the party now says whatever spin that Mncwango may try and put on his departure, it is important that the public know the truth behind his resignation.