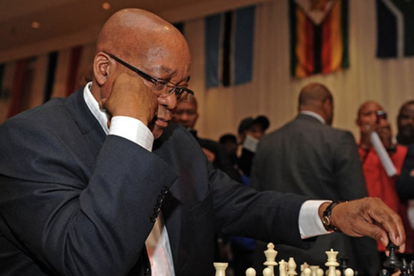 The Jacob Zuma Foundation has once again lashed out at the findings detailed in the State Capture Inquiry Report. On Thursday, the Foundation took to its social media page to take aim at Inquiry Chairperson Acting Chief Justice Raymond Zondo.

Zondo once more in Zuma’s line of fire

In the post, the Foundation highlighted its view that Zondo had failed to successfully link Zuma to the Gupta family. Certainly, the Foundation conceded that the Inquiry exposed corruption in the government. However, it is clear that the findings failed to prove any blame can be placed on the ex-president.

“It’s OFFICIAL. Acting Chief Justice Zondo has FAILED to prove that H.E President Zuma was captured by the Guptas as originally intimated by former Public Protector, Adv Madonsela. All Zondo has done is to expose rampant corruption in Government but still FAILED to link it to President Zuma.”

Foundation doubling down in bid to prove ex-president’s innocence

Earlier, the Foundation had condemned the Inquiry shortly after the third instalment of its findings went public. In an official statement issued in the aftermath, the Foundation claimed that Zuma had not been afforded the opportunity to tell his side of the story.

“It is now well known that H.E President Zuma was denied the opportunity of a neutral platform to put his side of the story in the so-called Zondo Commission.”

“The application for the review and setting aside of the refusal by Judge Zondo to recuse himself despite the relationship between him and President Zuma which he has recently and inadvertently confirmed during the Chief Justice interviews, is a matter which is still pending before the courts.”

Zondo’s findings ‘not worth the paper they are written on’

The foundation made it clear that Msholozhi has firmly rejected any of Zondo’s findings on allegations levied against him at the Inquiry. In a scathing comment, the Foundation says that the former president has not only rejected the findings, but feels they aren’t ‘worth the paper’ the report is written on.

“H.E President Zuma strongly believes that Justice must be seen to be done. In these circumstances such ‘findings’ are obviously not even worth the paper they are written on. H.E President Zuma will in due course consult with his legal team on the appropriate course of action to be taken following these developments.”