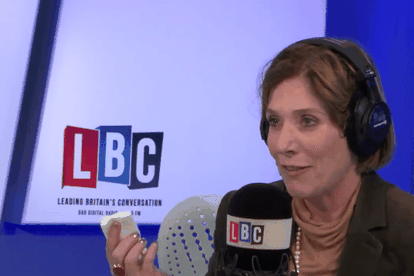 Jubilant scenes have broken out across Zimbabwe and the world, as Robert Mugabe finally accepted his time was up.

The former President – boy, does that feel good to say – resigned late into the afternoon this Tuesday, before Parliament could begin their impeachment process. In one last act of defiance, Mugabe’s pride was to come before his fall.

He was widely expected to resign during a televised address on Sunday night. However, he left the entire world deflated when he refused to step down. That feeling of utter despondency has now been trumped by the joy spreading its way across Zimbabwe, and to its citizens worldwide.

But perhaps the most honest, and endearing reaction to the breaking news came from a radio station in London. Georgina Godwin was booked on LBC to talk about the crisis in Zimbabwe.

Crisis? What crisis? During her interview, she was stopped by host Shelagh Fogarty, and had the news relayed to her. Her reaction was priceless:

“I can hardly speak! I can’t tell you. I might be about to cry. I’ve been waiting for this my whole life. My whole life changed because of this man. He made me an enemy of the state, and threw me out of the country.”

“I’m sorry for getting so emotional. I’ve been exiled for 17 years. But now he’s gone! I cannot believe he has finally gone!”

It seems that the news was indeed worth the wait. Not just for Georgina, but the whole nation on Zimbabwe. There is a long, long road to freedom ahead for the country. But tonight, they take their first, enormous step forward.