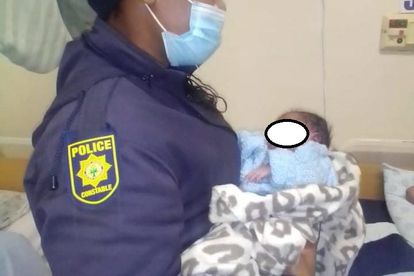 A police constable was recently applauded for going beyond the call of duty by helping a woman give birth on the side while waiting for Emergency Medical Services.

Constable Nelisiwe Piyose (31) and Sergeant Tebogo Nkomo, both stationed at Sakhile Police Station, conducted their routine patrol duties on Sunday, 05 September 2021 when they noticed a pregnant woman who seemed to be in pain sitting next to the road.

Police spokesperson Colonel Donald Mdhluli said Constable Piyose reportedly requested her colleague to make a U-turn to check if the woman was fine.

“Upon arrival, they found her screaming due to unbearable labour pains.

“Seeing that she was about to give birth, Piyosi, who is a mother of two, acted as a midwife and helped the woman deliver a healthy baby boy.”

Mdhluli said that EMS personnel arrived and took both the mother and baby to Sakhile Hospital for medical treatment just after the baby was born.

The Provincial Commissioner of the South African Police Service in Mpumalanga, Lieutenant General Semakaleng Manamela has commended the member for going an extra mile in helping the woman to give birth to her baby safely.

The General further indicated that the member displayed a character of a true police officer, and at times, members will be expected to carry out certain duties beyond their line functions.