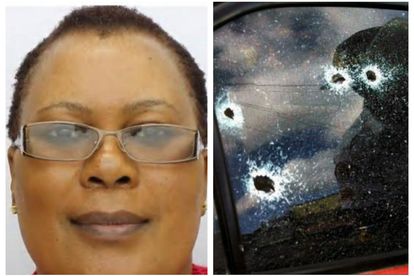 The court has sentenced the wife, Thembisa Zulu, 47, to life imprisonment for killing her husband. PHOTO: Hawks/thecolorcharacter

The court has sentenced the wife, Thembisa Zulu, 47, to life imprisonment for killing her husband. PHOTO: Hawks/thecolorcharacter

The woman behind the murder of her husband who was gunned down at the gate of his home has been sentenced in Mpumalanga.

Upon arriving, he called his wife to open the gate for him at Extension 5 in Embalenhle. When he entered the yard, two men accosted him, gunned him down and fled the scene, said the Hawks.

The murder case was registered and assigned to the Hawks’ Serious Organised Crime Investigation team in Secunda.

During the intelligence-driven investigation, it was established that the wife, Thembisa Zulu, 47, was the mastermind behind the shooting, spokesperson Captain Dineo Lucy Sekgotodi said.

“She hired two hitmen, Seetsa David Mofokeng, 44, and Mojalefa Christopher Matsobane, 43, who ambushed the deceased in his residence.”

“The accused were later released on R5 000 bail each,” said Sekgotodi.

ALSO READ: Wife and her accomplices murder her husband outside his home

WIFE AND ACCOMPLICES HANDED DOWN SENTENCE

Zulu and her accomplices were found guilty of the murder and were sentenced by the Delmas High Court on Thursday.

“All of the accused were each sentenced to life imprisonment for the murder.”

The sentences are to run concurrently and they are all declared unfit to possess firearms.

Mpumlanga Hawks head Major General Zodwa Mokoena applauded the investigating officer for his endurance in ensuring that the accused faced the full might of the law.

“The release of the accused on bail did not deter the investigating officer on his goal of a successful prosecution and I also applaud the judiciary on such a decisive judgement,” said Mokoena.