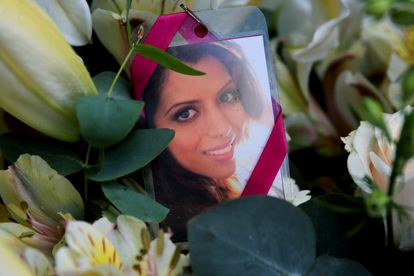 One of the hitmen behind the murder of Anni Dewani has given an emotional interview to the crew behind a new documentary, which shines a light on the heinous crime and the supposed role of the victim’s husband, Shrien.

The Anni Dewani murder: What exactly happened, and did Shrien play a role?

Eleven years ago, Anni Dewani was shot dead in Gugulethu, after a taxi journey went off course. Initially, it was believed that this was another tragic hijacking with fatal consequences – but salacious details about the killing drew the eyes of the world to Cape Town, and Shrien eventually stood trial for her murder.

Despite evidence against the husband which suggested he orchestrated the chilling plot, the courts ruled otherwise in 2014. Two men were jailed for the murder, whereas Monde Mbolombo was granted immunity in exchange for his testimony. He essentially served as a middleman, finding the person who would eventually pull the trigger.

His complicity in the plot is crucial, and he has rightly been labelled as ‘the third hitman’ in this case. Due to the deal he struck with investigators, Mbolombo can’t be prosecuted – but the former hotel worker has shared more vital details.

In the new documentary, he reflects on his own willingness to follow the instructions given to him by taxi driver Zola Tongo. The directive, which allegedly came from Shrien Dewani, was accepted almost without question by Mr. Mbolombo – a decision which the informant says he bitterly regrets to this day.

‘To tell the truth… I don’t know why I didn’t say no, really. I don’t know. I don’t want to make up stories or something, I don’t know. That’s the question I’ve been asking myself all these years, why did I say yes? Because of my role, I’m still stuck here. I’m not proud of what I did.”