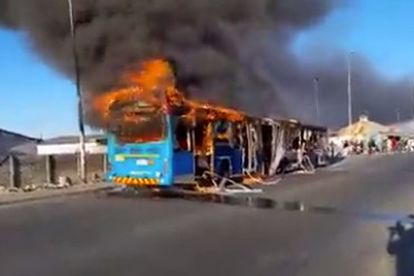 The SA National Taxi Council (SANTACO) taxi stay-away on Monday and Tuesday, 21 and 22 November affected millions of Western Cape commuters. The Western Cape Education Department (WCED) said learners across the province were unable to find their way to school as result.

“What this means is that the strike cost 11% of the Grade 1 to 11 learners of the Western Cape two days of schooling,” said Western Cape Education MEC, David Maynier.

Grade 12 learners are in the midst of their final exams; fortunately, matriculants were able to sit for their papers despite the strike.

On Monday, 32 490 candidates were registered to write Life Sciences Paper 2 and 27 055 wrote Geography Paper 2 on Tuesday.

Three hundred and fifty-four Life Science learners were affected by the taxi strike – 297 wrote at an alternate exam venue while 57 learners made their way to school eventually and were afforded the full-time allocation for the exam.

“The fact that the exams went ahead as planned is a testament to the preparations our schools and districts have made to ensure that our candidates could get to their exams safely,” said the MEC.