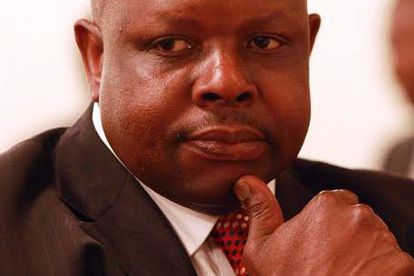 The Democratic Alliance (DA) has called on President Cyril Ramaphosa to suspend Western Cape Judge President John Hlophe as a matter of urgency.

The party says the President’s reluctance to act on the recommendations of the Judicial Service Commission (JSC) is increasingly damaging to the judiciary’s credibility and integrity.

In 2021, Hlophe was found guilty of gross misconduct and in July 2022, the JSC recommended to Ramaphosa that Hlophe should be suspended.

Justices Bess Nkabinde and Chris Jafta, had accused Judge President John Hlophe of trying to persuade them into ruling in favour of former president Jacob Zuma in 2008. This was in relation to Zuma’s arms deal case with French weapons manufacturer Thales, which is still before the courts.

Hlophe is said to have visited them separately in their chambers to discuss pending judgments in the corruption matter, which is in breach of Section 165 of the Constitution. When the Tribunal ruled against Hlophe in April, it said his conduct seriously threatened and interfered with the independence, impartiality, dignity and effectiveness of the Constitutional Court and public confidence in the judicial system.

The DA said Ramaphosa’s failure to suspend Hlophe has emboldened groups like Project 27 and the Black People’s National Crisis Committee in their efforts to keep him in his position. The two groups have come out in defence of the Judge President and have joined forces to fight against the suspension.

DA Shadow Minister of Justice and Constitutional Development, Advocate Glynnis Breytenbach said the increasing politicisation of Judge Hlophe’s suspension will only grow the longer the President delays the inevitable.

“In South Africa everyone is equal before the law, including Judge Hlophe. It is time President Ramaphosa stops pandering to political pressure and does the right thing – suspend Judge President John Hlophe,” Breytenbach said.