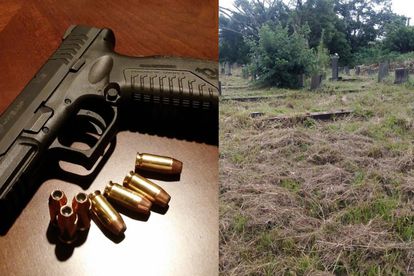 A Ward councillor’s assistant was found with a bullet wound to her chest in a cemetery in PMB. Photo: Pixabay.com (web).

A Ward councillor’s assistant was found with a bullet wound to her chest in a cemetery in PMB. Photo: Pixabay.com (web).

A body of a woman believed to be a Ward councillor’s assistant in Pietermaritzburg, Kwazulu Natal was found lying dead in a cemetery.

WHAT HAPPENED TO THE WARD COUNCILLOR’S ASSISTANT

The 39-year-old woman was found in Mountain Rise Cemetery yesterday evening (Friday, 12 August), according to a local publication Public Eye.
Speaking to a police source, the publication confirmed that the woman was found with a single bullet wound to her chest.
Public Eye reported the former ward councillor’s assistant was allegedly suicidal for some time however police have opened a case of murder while the matter is being investigated.

“The woman informed her “brother” that she was suicidal and she was going to a quiet place to end her life.
“When she didn’t return home her husband and daughter called the “brother” who informed them of her plans and that she was going to a quiet place
“The husband and daughter rushed to the cemetery where they found her vehicle parked near the graves of family members. Her body was found next to the same graves.
Emergency services were called to the scene but she had already succumbed to the gunshot wound.”

“At this stage, it remains a murder case but further investigations will reveal the full circumstances.” .

It is unclear at this stage as to which party the former ward councillor assistant belongs to. Also, The South African is not aware of any party or political leader at this stage that has released a statement about this tragedy.

This is a developing story. An update will be published as and when new information is made available.