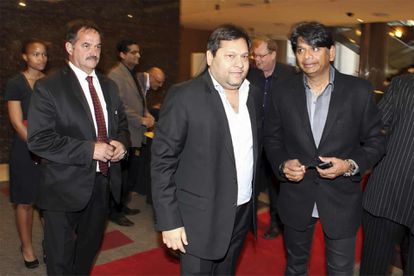 What happened during the Guptas’ Waterkloof landing?

Koloane accused of helping the Guptas’ land at Waterkloof

The Former chief of state protocol and the current South African ambassador to the Netherlands, Bruce Koloane was accused during the State Capture Inquiry of doing everything he could to help the Guptas land at Waterkloof.

Today during her testimony, the former Justice Department director-general Nonkululeko Sindane told the commission chaired by Raymond Zondo that Koloane had known that he had acted unprofessionally.

“We found that ambassador Koloane and Lieutenant Colonel Anderson, in facilitating this landing, ignored a whole range of things that they knew needed to exist before this landing was permissible.”

Sindane also stated that Koloane knew that there would be four heads of state on the private jet.

Some of those involved were either bullied or threatened

Sindane, in her claimed that some of the individuals involved in the landing were either bullied or threatened. She also added that they should have come clean during the investigation.

More than a jet landed at Waterkloof

Sindane continued to testify that multiple civilian air crafts had been allowed to land at the Waterkloof Air Force Base.

Sindane stated that she was embarrassed and disappointed

Sindane stated that she was disappointed that an entire wedding party, that was not South African citizens could easily gain access to the Waterkloof Military Air Base.

“When it gets to this point where national assets are abused to that level, it’s a shock, and particularly it’s a shock because people get fired for the smallest things. I am disappointed to this day as I was then this thing happened.”