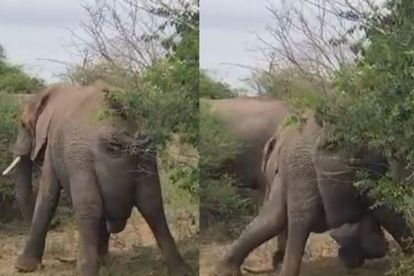 An amazing sighting of an elephant giving birth was caught on camera recently in the Kruger National Park.

WATCH AS THE ELEPHANT GIVE BIRTH

The rare footage was taken by Adam Fillmore and shared on social media. It has since gone viral.

Adam said it happened on Saturday about 5km before Lower Sabie from Croc Bridge.

IT HAPPENED ON SATURDAY MORNING

“We were privileged to witness the birth and interactions with the rest of the herd (around 60 elephants) and the electric atmosphere they created with their vocalising and stomach rumbling. A lifetime sighting.”

ALSO READ: WATCH: Woman dies after shark rips her arm and leg off at resort