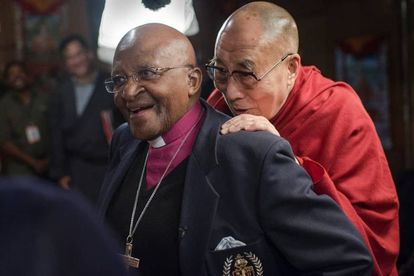 Article3.org announced the award this week as the world celebrated annual Human Rights Day during a virtual event from the organization’s San Francisco headquarters in the USA.

“Archbishop Tutu’s resolve and his heart can serve as a powerful guide for all of us engaged in this space in the months and years ahead.”

Swig said the world was at the precipice, and the path forward for human rights will require unconditional love to others and that Tutu was a shining example.

“Archbishop Tutu is one of the most compassionate, unwavering and committed leaders for human rights and dignity.”

“Now, more than ever, it’s important that we see the common humanity in one another and understand the interconnectedness of ourselves, our communities, and our nations,” Kotecha said.

The poet Marc Bamuthi Joseph described Tutu as a “generational radical” during the award ceremony which also featured a discussion on growing authoritarianism in the world.

Tutu, who famously coined the term ‘Rainbow Nation,’ in reference to South Africa’s diverse make-up, was bestowed the Nobel Peace Prize in 1984 for his commitment to human rights.

Established in 2017, the article3.org award is presented on 10 December to mark Human Rights Day which commemorates this day in 1948 when the UN General Assembly adopted the Universal Declaration of Human Rights Charter.