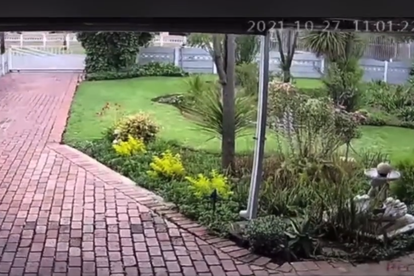 Residents of Boksburg, Gauteng were left trembling on Wednesday morning – through no fault of their own. A tremor was recorded in the Johannesburg suburb just after 11:00 this morning, shaking the very foundations of some properties.

The minor incident, which totalled 3.1 on the Richter Scale, only lasted for a few seconds. Although not strong enough to be classed as an official earthquake, many residents felt the Earth move for them earlier today…

Another big tremor at 11:01 here in Ekurhuleni Boksburg that was scary

🔴 BREAKING: 3.0-MAGNITUDE TREMOR WITH EPICENTRE NEAR BOKSBURG RECORDED IN GAUTENG AT 11:01 ON WEDNESDAY!!!

Not an earthquake, but why?

The epicentre was traced to Klippoortje, and the shockwaves were felt in suburbs as far away as Germiston. No damage, casualties, or anything even worse has been reported as a result of this seismic activity.

Johannesburg and its surrounding regions are no strangers to an occasional tremor. While the city very rarely falls victim to an earthquake – which is anything recorded at 4.0 or more on the Richter Scale – these lighter versions are enough to keep the locals spooked. Indeed, Gauteng is one of SA’s most geologically active areas.

It’s hard to gauge just how severe a tremor clocking a magnitude of 3.1 can actually be – but this CCTV footage captured earlier on Wednesday gives us a good idea. In fact, it might be a little more violent than you think.

The camera itself wobbles within its bracket, and an unmistakable hum of movement can be heard during the event. While not exactly one for World’s Wildest Home Videos, it does at least help us see how Boksburg got a good rattling.

🤯🤯🤯 MUST SEE: INSANE CCTV FOOTAGE OF WEDNESDAY MORNING’S 3-MAGNITUDE TREMOR IN BOKSBURG. JUST LISTEN TO THAT THUD!!! 🔊 | 📹 A JACOBS pic.twitter.com/bbbod3BrBp