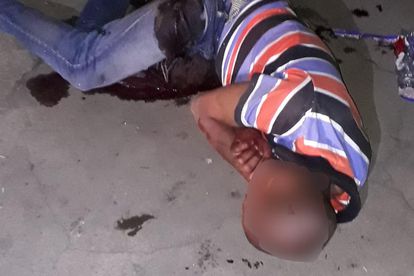 A man was stabbed multiple times during a robbery on Moss Street in Verulam, KwaZulu-Natal (KZN) on Tuesday night.

The man’s body was discovered by a private security member on patrol.

A member of Reaction Unit South Africa (RUSA) was reportedly on patrol when he discovered the victim lying on the side of the road at approximately 20:21 bleeding from penetrating wounds to his thighs, buttocks, back and arms.

RUSA spokesperson, Prem Balram said it is believed that the man was a victim of a robbery however this could not be immediately confirmed.

“The victim was transported to hospital in a critical condition,” he said.

In a separate incident recently, a teenager was stabbed multiple times when a robber tried to steal her cellphone in Riet River, also in KZN.

The robber reportedly tried to overpower the teenager.

RUSA spokesperson, Prem Balram said the teenager, a 16-year-old girl, was stabbed multiple times during an attempted robbery on Riet Road in River on Thursday afternoon.

“Members of Reaction Unit South Africa (RUSA) were called out to the scene at approximately 18:52. On arrival, it was established that the female was walking home after visiting a neighbour.

“She was confronted by a lone suspect who attempted to rob her of her cellphone. The teenager resisted and fought off the suspect.”

Furthermore, Balram said the teenager’s screams attracted the attention of residents who went to her aid.

‘The suspect fled empty-handed into a dense bush. The teenager was transported to the hospital for her injuries. Reaction Officers conducted a search for the suspect; however, no arrests were made,” he said.