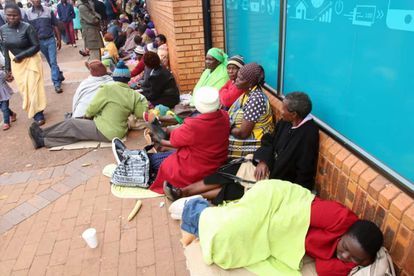 Suspended Mahikeng Local Municipality manager, Thabo Mokwena, is under the parliamentary spotlight for his involvement in the VBS Mutual Bank scandal.

As reported by The Citizen, Mokwena flouted due process when he made a dubious ‘investment’ in VBS with money mistakenly awarded to the municipality by the National Treasury. According to information heard before the parliamentary committee, the treasury erroneously transferred a duplicate payment of R69 million into the municipal account.

Instead of reporting the duplicate payment, Mokwena took it upon himself to invest the state funds into VBS Mutual Bank.

“In Mahikeng, Treasury accidentally made a R69 million deposit into the municipal account. When told about the mistake, the municipal manager [Mokwena] demanded that a letter be sent to him explaining how the money had landed in the municipal bank account.”

Worse still, is that Mokwena claims to have made the investment after being told of the Treasury’s error, arguing that the department simply “took too long” to respond to his letter. This showed complete lack of regard for due process regarding state funds, says Mkhize, who explained:

“At a later stage, the municipal manager explained that cooperative governance took too long to send the letter, and the money was invested elsewhere.”

On Tuesday, Mkhize released a statement detailing the way forward with regards to recovering the money ‘looted’ by unscrupulous VBS investors, which include political affiliates and companies. The Minister confirmed that government was in the process of instructing legal counsel to pursue the culprits implicated in The Great Bank Heist.

The Minister of Cooperative Governance and Traditional Affairs added that the wanton looting of the black-owned bank precipitated the financial trauma experienced by ordinary customers who were mostly from poor, rural backgrounds, saying:

All the money must be recovered… justice must prevail.”