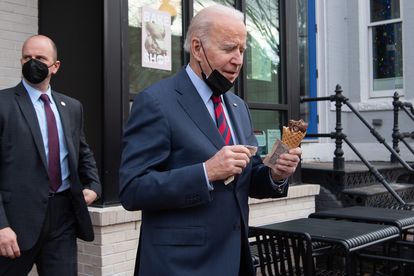 US President Joe Biden’s National Security Adviser Jake Sullivan has warned that China will face consequences, if it helps Russia evade the sanctions that were imposed in response to its invasion of Ukraine.

According to Financial Times, Russia requested military equipment and other assistance from China since the start of the invasion. But they have both denied the claim.

“The allegations on the matter disseminated by the US are false information,” Chinese foreign ministry spokesperson Zhao Lijian said Monday, according to the state-run TASS Russian news agency.

Russian President Vladimir Putin launched an offensive in the neighbouring country nearly three weeks ago, which has now morphed into a humanitarian crisis, with at least 2.5 million having fled Ukraine and hundreds of innocent civilians killed.

The invasion has led to a wave of economic sanctions against Russia by the US and Europe – but China, which recently said Russia remains its most important strategic partner, has declined to do the same.

RUSSIA-UKRAINE: US’ STERN WARNING TO CHINA

Speaking on CNN’s State of the Union programme on Sunday, 13 March 2022, Sullivan says they believe China knew about the Russian invasion before it even happened. He adds that Beijing may not have known the full extent of the planned attacks and may have been lied to by Putin.

“I’m not going to sit here publicly and brandish threats,but what I will tell you is that we are communicating directly, privately to Beijing that there will absolutely be consequences for large scale sanctions evasion efforts or support to Russia to backfill them. We will not allow that to go forward and allow there to be a lifeline to Russia from these economic sanctions from any country anywhere in the world.”

Sullivan is believed to have met with his Chinese counterpart, Yang Jiechi, in Rome on Monday, as part of a follow-up conversation to Biden and Chinese President Xi Jinping’s virtual meeting last November.