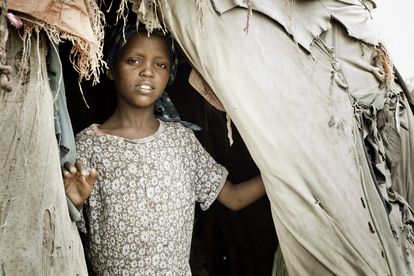 South Africa has the largest number of displaced children or child migrants, estimated to be around 642 000 – more than twice the global average.

This is according to Hellen Nyangoya who is a Manager for Child Protection at The United Nations Children’s Fund (UNICEF).

Nyangoya was speaking at a panel discussion on unaccompanied and separated migrant children held by the Department of Social Development (DSD) in Pretoria.

Nyangoya said in 2020, 36 million children were living outside their country of birth and many of them are forced out, displaced, or uprooted from their homes by violence, war, poverty, persecution, exclusion, and the effects of climate change.

According to Dr Tebogo Mabe from the DSD, the migration of children and adolescents in the Southern African migration corridor covers Mozambique, South Africa, Botswana, Zambia and Zimbabwe.

She said that various programmes to protect unaccompanied migrant children have been gradually implemented but detecting these children is not easy because most of them travel secretly and cross international borders irregularly making it difficult for them to report abuses they are subjected to.

“The nature of child migration means a considerable number of children remain invisible and go undetected by the child care and protection system despite their high vulnerability,” she said.

Mabe said the state has embarked on an inter-sectoral approach to assist these children as no one department can manage and take the responsibility on its own.

READ: Dozens of children seized by armed groups in Mozambique

In December 2020 the Department of Social Development, together with the European Union and UNICEF, launched the “Children on the Move” programme to assist with the provision of basic services to documented and undocumented children living in South Africa.

“Unaccompanied, undocumented and separated migrant children are vulnerable and require more attention and assistance through the provision of efficient social service,” said the department

Separated children are those separated from both parents, or from their previous legal or customary primary caregiver.

Unaccompanied children (also called unaccompanied minors) are children who have been separated from both parents and other relatives and are not being cared for by an adult who, by law or custom, is responsible for doing so.