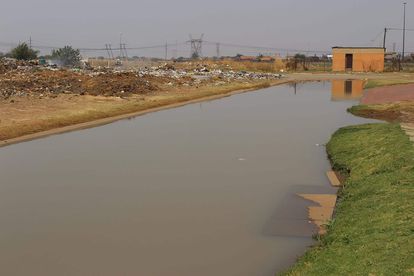 The Vaal District will get a R40 million investment boost. Photo: File image

The Vaal District will get a R40 million investment boost. Photo: File image

The Sedibeng District which includes the Emfuleni, Lesedi, and Midvaal Local Municipalities, will receive R40 billion in investments committed by foreign and local investors

Gauteng Premier David Makhura said that the district has “huge, hidden” economic potential and could be a hub for green economies such as cannabis farming.

The commitments were made during the inaugural Sedibeng Investment Conference and could spell the creation of at least 170 000 jobs.

Makhura said the area had the potential to be a “game-changer” if the commitments made are followed through and the investments are brought to fruition.

“There is potential… to bring in new emerging farmers into the cannabis economy, principally for export, including processing,” he said.

One of the municipalities that will benefit from this investment is the embattled Emfuleni municipality based in Vanderbijlpark, which owes Eskom about R3 billion.

The municipality is at risk of losing its licence to distribute electricity. The municipality was put under administration in 2018 following a R1 million irregular expenditure bill.

READ: Emfuleni municipality has all of its vehicles repossessed in mismanagement nightmare

MAKHURA: POTENTIAL FOR OTHER INDUSTRIES

Other industries and sectors that are part of the reigniting of the Vaal economy include agro-processing, agribusiness, food and beverage, transport and logistics, and tourism and hospitality.

“We must warn ourselves…that history may be very harsh on us if this becomes a talk shop. Future generations may look at this and say, ‘Like many conferences, they met, they made speeches, they made pledges and nothing came of it’. So we come together not because we want speeches but because we want change. We want to drive real change,” Makhura said.