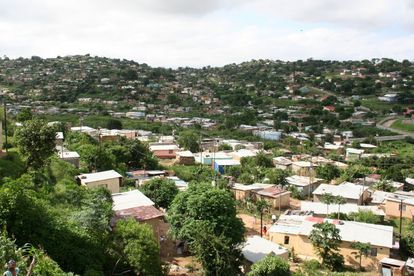 Three women have been shot and killed during a shooting at L Section in Umlazi, south of Durban. The horrific incident also resulted in two children facing injuries, they have since been taken to hospital.

When and how did the incident happen?

It is alleged that the sisters were at home on the evening of Wednesday, 27 April. An unknown suspect then entered two rooms in an informal settlement before opening fire and killing the women.

Jingeni Mkhize, the mother of the three women, says the whole family is devastated by the incident. She shared that her children were quiet and filled with happiness. Mkhize doesn’t understand why her kids were targeted and is in a state of shock.

The mother of the three women is distraught

“Oh my children, not even one survived. I feel like dying myself. I can’t even talk, I’m so distraught. My children don’t drink, they don’t smoke, they are so quiet even when you approach and talk to them they’d always laugh or smile. I don’t know what happened. We’re still in shock the rest of the family has closed themselves inside the house because they are scared because if gunshots are fired you become very scared.”

Thando Shuba, the man accused of the mass murder in Enkanini, Khayelitsha, has been granted bail. Shuba appeared at the Khayelitsha Magistrate’s Court on Tuesday, 26 April. The case was postponed to 6 July for further investigation.

He was granted bail of just R800. The 35-year-old was arrested shortly after the shooting. Two women and four men lost their lives in Khayelitsha after they were shot at by three unknown assailants. The traumatic incident occurred on 20 March.

Six days before the horrific incident, four men and a woman were gunned down. This incident occurred in Endlovini informal settlement, also in Khayelitsha. The man accused of this mass killing is Madoda Zwayi. Read the full story here.

Six people were reportedly shot and killed on the afternoon of Sunday, 20 March. Crime scene experts are now investigating the scene at the Enkanini Informal settlement to find clues as to what caused the incident in Khayelitsha.

The South African Police Service arrived at the scene after being alerted of the shooting. Upon arrival, SAPS officers found the bodies of five victims strewn across two scenes. The areas, according to SAPS, were around 200 metres apart. Read the full story here.