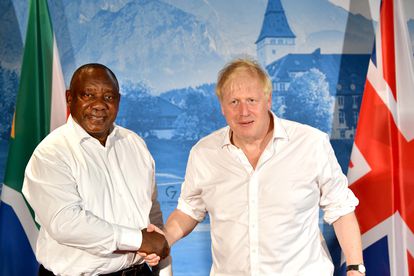 Unlucky, Boris. The UK Prime Minister has reportedly decided to throw in the towel, after a slew of government resignations backed Mr. Johnson into a corner even HE couldn’t get out of. The Conservative Party leader is now expected to officially resign later on Thursday.

Why is Boris Johnson set to resign?

It caps a scandal-plagued year for Boris Johnson, who has been accused of a myriad of misconduct. When news broke of the parties held at 10 Downing Street during lockdown, the PM’s authority to serve was brought into question. Alas, the unconventional politician soldiered on.

Just four weeks ago, he faced a no-confidence vote from his own party colleagues, but he ultimately staved off the discontent. That reprieve was short-lived, however, when the Tories lost two crucial by-elections on the same night. The writing was really on the wall at this point.

Boris, wounded by not yet fatally, vowed to carry on to win back the public trust. However, his opportunity to launch ‘Johnson 2.0’ never arrived, and the straw that broke the camel’s back came last week.

The scandal that brought down Boris…

An MP called Chris Pincher was forced to quit a number of top Parliamentary jobs, after he was accused of sexually assaulting two fellow government representatives. However, it transpired that Mr. Pincher had previous for this type of behaviour – and Boris KNEW about it.

Johnson’s decision to turn a blind eye to this so-called ‘sex pest’ has proved to be his undoing. Ministers and colleagues who stood by him through a tumultuous 2022 finally drew a line, after they were asked to lie on the PM’s behalf to cover-up his decision to let Pincher ‘roam free’.

Over 50 – yes, FIFTY – senior government officials have resigned from Johnson’s organisation in the past 48 hours, making his position untenable. It initially looked like Boris would cling on to his title for grim life, but on Thursday morning, reality seems to have hit the 58-year-old like a train.

????Hearing that staff in No 10 have been told that Boris Johnson IS resigning and his letter has been prepared. ????