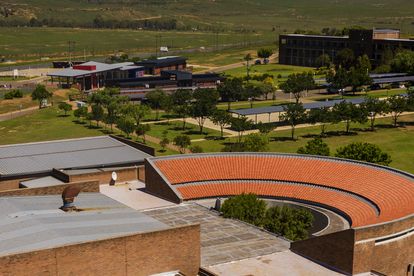 Plumes of smoke blackened the sky on Monday evening as the University of Free State’s (UFS) QwaQwa campus was set ablaze. The Free State’s premier and South African Union of Students (SAUS) has condemned the act of arson.

WHO STARTED THE UFS FIRE?

The fire destroyed two buildings at the QwaQwa campus. The library and computer centres bore the brunt of the damage as images and videos of the flames circulated on social media.

The allowances cover student expenses such as the costs of study materials and meals.

UFS spokesperson Lancea Loader was contacted for comment and confirmed the incident. Loader says more information on the incident would be made public once it was learned.

However, both the university and police are currently conducting investigations into the fire to establish the causes and full extent of the damages.

The incident is viewed by the tertiary institution more so as a criminal act rather than a protest.

FIRE CONDEMNED BY STUDENTS AND AUTHORITIES

Ntombela’s spokesperson, Palesa Chubisi, went on record to tell SABC the premier will engage with university management in a bid to find a lasting solution.

Many institutions have had to shut down campuses due to violent student protests over unpaid study materials and meal allowances.

In a statement released on Tuesday, 5 April the Financial Aid Scheme confirmed that it has received the first portion of its budgetary allocation for the first quarter of the financial year. READ MORE…