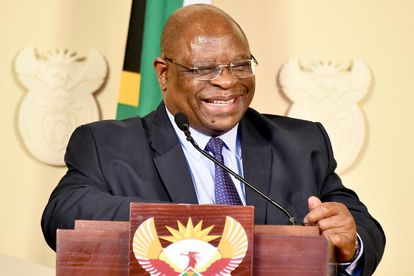 All eyes are on newly appointed Chief Justice Raymond Zondo and President Cyril Ramaphosa as interviews begin on Tuesday to fill two vacancies at the Constitutional Court. The Judicial Service Commission (JSC) aims to have 11 permanent judges for the highest court in the land.

WHY MUST THERE BE 11 JUDGES?

According to SA’s Constitution, there must be a chief and deputy chief justice as well as nine other judges for the apex court to optimally function.

As one of his first acts in his new appointment, Zondo, will chair the process and is joined by Maya. North West judge president Mashangu Leeuw is the third judge sitting on the JSC.

NEW FACES TO THE JUDGES PANEL

Former spokesperson for the JSC Dali Mpofu and Griffiths Madonsela, who was in the running for the coveted chief justice position, is no longer on the panel.

According to BusinessDay, senior counsel Kameshni Pillay and Sesi Baloyi will fill the voids left by Mpofu and Madonsela.

The “new” JSC met on Monday where it pondered its criteria guidelines for considering judicial appointments. It was then decided that the interviews will begin on Tuesday.

Six candidates were shortlisted for the interviews that would begin on Tuesday.

Last year Gauteng high court judge David Unterhalter and advocate Alan Dodson SC interviewed for the vacancies but were not recommended. They have donned their robes and jumped back in the ring to contend once more.

READ MORE: ‘By all means necessary’: Pretoria Society of Advocates calls for Mpofu’s removal from JSC