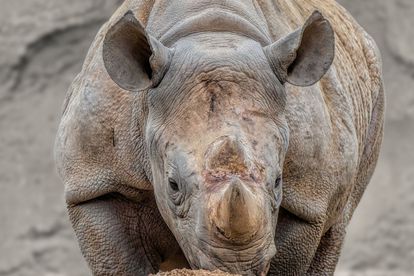 The number of rhinos being poached in Namibia, home to the world’s second-biggest population of the animals, is surging. Photo: Robert Streithorst / Flickr

The number of rhinos being poached in Namibia, home to the world’s second-biggest population of the animals, is surging. Photo: Robert Streithorst / Flickr

Two suspects were arrested by the Hawks after they were caught in possession of two ‘recently extracted’ rhino horns. The suspects were travelling from KwaZulu-Natal (KZN) to Gauteng.

Information received was followed by an intelligence-driven operation

It was reported that they received information regarding a vehicle that was travelling from KZN to Gauteng with rhino horns. Ramovha said authorities intercepted a silver Toyota Fortuner with a 39-year-old and 48-year-old inside. This was in the east of Johannesburg.

What did the police find in the vehicle?

Ramovha said they searched the vehicle before finding two rhino horns and more than R5 000 cash. The pair have been charged for dealing in rhino horns.

“Upon searching the vehicle, the police found two pieces of rhino horns concealed in the front part of the vehicle. The horns appeared to have been recently extracted. Over R5 000 in cash was found in [their] possession. The pair have been charged for dealing in rhino horns, thereby contravening the National Environmental Management Biodiversity Act,”

He explained that the suspects are expected to appear before the Germiston Magistrate’s Court on Monday, 20 June. They will be facing charges relating to being in the possession of rhino horns, reports IOL.

Attempt to SMUGGLE rhino horn at OR Tambo intercepted

The South African Revenue Service (SARS) Customs unit together with the South African Police Service (SAPS) have managed to successfully foil an attempt to smuggle rhino horn out of the country after receiving information about the suspicious luggage en route to Abu-Dhabi from the OR Tambo International Airport recently.

SARS acted on the information by dispatching officers to the baggage area where the luggage was scanned, revealing images. It says they found two items of luggage containing 17 pieces of rhino horn weighing around 25kg.

“The SAPS took the passenger to the International Police Station. The goods were handed to the SAPS for further investigations,” SARS said in a statement. Read the full story here.