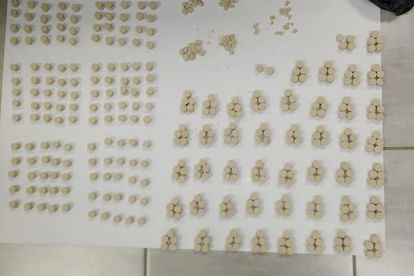 Two men were arrested during a routine roadblock as more than 700 mandrax tablets were found in their possession.

WHERE WERE THE TWO MEN ARRESTED?

According to police spokesperson Lt-Col Sergio Kock the arrests were made on Friday.

Kock said the Douglas police arrested two men during a routine roadblock on the Douglas/Kimberley Road.

WHAT DID POLICE FIND IN THEIR POSSESSION?

“On Friday, 4 March 2022, the police stopped and searched a white VW Polo and confiscated drugs worth almost R10 000.

Kock also added that police also confiscated the white VW Polo as it was allegedly utilised in the commission of a crime.

ALSO READ: Living in Upington? Are you unemployed? Then this is for YOU

The two men are expected to appear in the Douglas Magistrates Court soon on charges of dealing drugs while the investigation continues.

Meanwhile, earlier this week, a man was sentenced in the Mothibistad Regional Court to ten years behind bars for rape.

ANOTHER POLICE SUCESS IN THE NORTHERN CAPE

“Poleng told the victim he had forgotten a bag at his place of residence and asked her to accompany him to the premises,” Kock said.

It is believed that upon arrival at his residence Poleng assaulted and raped the woman. The woman managed to escape and reported the incident to a neighbour who informed the police.

HE ASSAULTED AND RAPED THE WOMAN

Poleng fled but was arrested on 28 August 2013 and remained in custody up until his sentencing on 2 March 2022.

The Provincial Head for the Family Violence, Child Protection and Sexual Offences(FCS) units, Brig Nicky Mills, lauds D/Cst Kentse Seloge from the Kuruman FCS for the meticulous and professional investigation that led to this outstanding sentence.