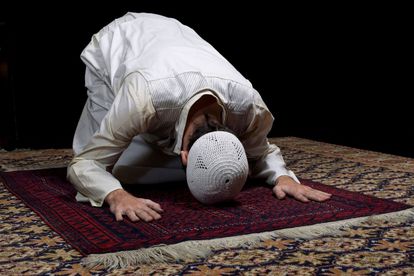 Unbelievable! A group of 15 heavily armed suspects stormed into a local Muslim Mosque at Kabokweni and held worshippers at gunpoint.

WORSHIPPERS WERE ROBBED AT GUNPOINT

“About 15 heavily armed suspects driving in a white Toyota Quantum kombi stormed into a place of worship, local Muslim Mosque at Kabokweni around 13h20.

“It is said that the suspects then unashamedly held approximately 20 worshippers at gunpoint, thereby robbing them of their personal belongings, including their cell phones,” Mohlala said.

He said the rude group of armed robbers also took a car, Toyota Corolla with registration number JRH 078 MP, belonging to one of the worshippers before they fled the scene with the robbed items.

The victims then reported the incident to Kabokweni police station, where a business robbery case was opened.

Mohlala said a massive manhunt for the suspects has since been launched.

Police urge anyone with information on the whereabouts of the suspects to call Detective Lieutenant Colonel Zenzo Banda on 0823739062 or call the Crime Stop number on 0860010111. Alternatively, members of the public can send information via MYSAPSAPP. All received information will be treated as confidential and callers may opt to remain anonymous.

The Provincial Commissioner of the SAPS in Mpumalanga, Lieutenant General Semakaleng Daphney Manamela, has strongly condemned the robbery incident.

DO NOT BUY SUSPECTED STOLEN GOODS

Manamela has further made a clarion call upon members of the community to be on the lookout for robbers who will be selling stolen properties to them.

“The only way to shut down the market for criminals is to stop buying stolen goods. Therefore, the public should come on board on this one.”

ALSO READ: A 25-year-old man charged with murder of his grandmother