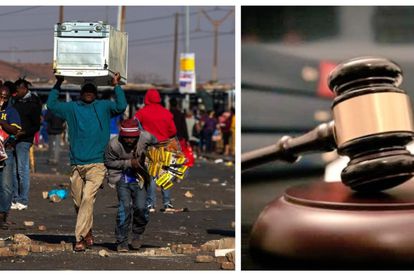 Two more alleged instigators behind the disastrous July unrest last year have been arrested, adding to the list of the masterminds behind the insurrection.

Two more people have been added to the list of instigators charged in connection with the unrest and public violence in July last year.

The two have already appeared before court and have been charged, said the National Prosecuting Authority (NPA) regional spokesperson Natasha Ramkisson-Kara

Nkosinathi Ngiba, 42, appeared on Friday before the Durban Magistrate’s Court. Ntobeko Knowledge Dube, 40, appeared in the same court on Monday.

Their arrest brings the total number of people behind the public violence to 50, Ramkisson-Kara said.

They were released on bail on a set amount of R3 000 each. The bail conditions include not posting any information regarding the case on social media. Another condition is to inform the investigating officer should they wish to leave KwaZulu-Natal (KZN) province, said Ramkisson-Kara.

“[Another bail condition] is to inform the investigating officer should they change their residential address and or their contact number,” she said.

The matter was remanded to 30 November 2022 when they will appear with the others in this matter.

The arrests of the instigators started a year since the unrests, with the first group being arrested in July this year.

In a final breakthrough in the tracking and arresting of the suspects, three were arrested in connection with the unrest. This was announced by Police Minister Bheki Cele on Sunday, 18 July, in KZN.

By the following day, the list had grown to six arrests. This includes a popular radio DJ, who handed himself over to the Durban Central Police Station.

By the end of July, at least 11 suspects had been arrested for the unrest.

On 11 August, another 20 suspects were arrested in various provinces by the Hawks. The Hawks pounced on them simultaneously in KwaZulu-Natal, Gauteng, North West, Free State, Western Cape and Northern Cape provinces.

The Hawks again arrested another three suspects on 14 August, also in KwaZulu-Natal.

Another ten appeared before the Durban Magistrate’s Court on Wednesday 24 August and nine were granted R3 000 bail each.