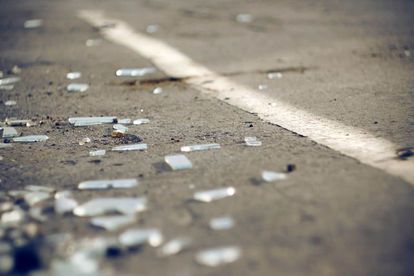 A case of culpable homicide is being investigated by the South African Police Service (SAPS) in Bellair, KwaZulu-Natal (KZN) after two police officers were tragically killed on Tuesday morning 26 January 2021.

It is alleged that on Tuesday morning at 4:30, two police officers stationed at Cato Manor detectives, were driving on Edwin Swales Drive when their vehicle was struck by a truck which failed to stop at a set of robots.

Colonel Thembeka Mbele said both police officers, aged 37 and 40, died at the scene. “The circumstances surrounding the incident are being investigated,” added Mbele.

Apart from the untimely death of two police officers, KZN Provincial Commissioner Lieutenant General Khombinkosi Jula has expressed his concern that citizens in KZN are still being arrested on a daily basis for not complying with the adjusted alert Level 3 Lockdown regulations.

“Since the announcement of latest Level 3 Lockdown regulations, we have embarked on daily operations focused on ensuring that all the citizens in the province comply with the regulations to stem the spread of the COVID-19 virus. We are urging citizens to comply with the regulations as law enforcement officers continue to work around the clock with all other departments to protect communities from being exposed to the COVID-19 virus,” he said.

According to Brigadier Jay Naicker, co-ordinated multi-disciplinary operations are being conducted simultaneously across the province focussing on hotspot areas.

As a result of operations carried out from 29 December 2020 until 25 January 2021, a total of 7 270 individuals were arrested for various contraventions of the Level 3 lockdown regulations in the province.