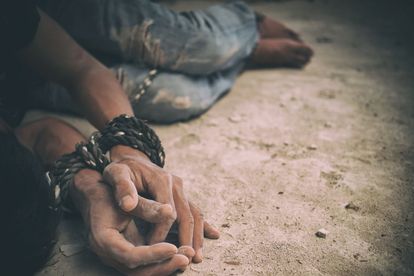 Two members of two Bloemfontein vigilante groups allegedly visited the homes of people suspected of committing a variety of crimes in the Khayelitsha Informal Settlement area.

THE TWO VIGILANTES KIDNAPPED AND TORTURED THEIR VICTIMS

Police spokesperson Lieutenant Colonel Thabo Covane said the two men then kidnapped them to an open space where they tied them on a high-mast light pole and assaulted them with all sorts of weapons.

“One of the victims, a 26-year-old African man, succumbed to the assault injuries and died on the scene.

“The ambulance arrived at about 08:45 the following day and rushed the other four victims to a hospital. The second victim passed on while at a hospital,” Covane said.

TWO OF THEIR VICTIMS DIED

He said according to information there are two vigilante groups in different sections of Khayelitsha Informal Settlement in Bloemspruit Police Station area.

He added that the two men appeared in the Bloemfontein Magistrate Court on Monday 31 January 2022, on charges of kidnapping, attempted murder, and murder.

The investigation in the case is continuing. Any member of the public with information that can lead to the arrest of other suspects is requested to contact Warrant Officer Solly Mokgobo at 082 527 7390. Alternatively, the information can be submitted on the MySAPS App or contact Crime Stop on 08600 10111.

ALSO READ: A total of 151 stolen sheep, goats and cattle found on Mountain