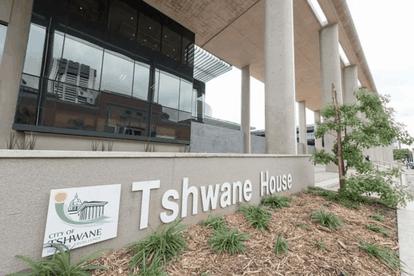 The City of Tshwane will convene a special sitting to elect a new executive mayor on Friday 30 October 2020.

City of Tshwane speaker Katlego Mathebe revealed this during a media briefing on Wednesday. The meeting followed a ruling by the Supreme Court of Appeal (SCA) dismissing a Section 18(4) appeal of the Superior Court Act brought by the Gauteng Provincial Government.

The appeal by Premier David Makhura’s government sought to delay the enforcement of a High Court judgment which was handed down in June, pending a Constitutional Court ruling. The Apex court will decide whether the provincial government had satisfied itself objectively that the Tshwane city council had failed to fulfill its executive duties- warranting intervention in terms of Section 139(c)

On 10 March 2020 the provincial executive council resolved to dissolve the City of Tshwane Municipal council after several council sittings collapsed.  The Gauteng government placed the city under Section 139(c) Administration. Government argued that the municipality’s inability to convene and take important service delivery decisions on behalf of the residents of Tshwane warranted the councils dissolution.

The city’s collapsed meetings date as far back as 27 September 2018. There were further failed council meetings in 2019. On 25 April, 25 July and 29 August. This trend continued on 28 November 2019 when the council convened and the speaker disallowed a Motion of No Confidence in the mayor.

The ANC and Economic Freedom Fighters have continuously walked out of meetings with the Democratic Alliance(DA) unable to continue as they wouldn’t quorate. The ANC has argued that it is well within its right to walk out of any council meeting as it is a form of protest. The EFF on the other hand, has not seen eye to eye with its former voting partner the DA, since the DA rejected a suggestion that the EFF get a chance to govern Tshwane.

READ: Tshwane judgement: DA given the green light to be reinstated

WHO WILL BE CITY OF TSHWANE’S NEW MAYOR?

The City of Tshwane has been without a mayor since the resignation of Stevens Mokgalapa. Mokgalapa resigned after the emergence of an audio clip of him and Member of the Mayoral Committee for Roads and Transport Sheila Senkubuge emerged. The pair can be heard in the audio speaking ill of their colleagues in the DA and thereafter what sounded like an intimate sexual moment.

In the early hours of Friday the ANC had not yet publicised its position going into the first council meeting where a mayor is to be elected.

Speaking to The South African, Tshwane regional chairperson Kgosi Maepa refused to be drawn into matters of a mayoral candidate. Maepa said that they were awaiting the national leadership on an official position going into the council sitting. It remains unclear if there will be any surprise coalitions going into the meeting.