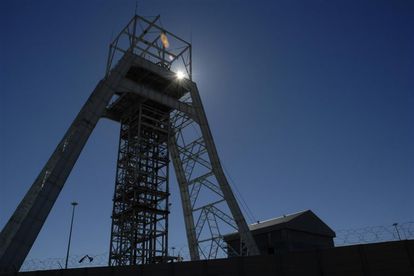 AN underground fire at the Harmony Gold Doornkop gold mine west of Johannesburg claimed the lives of nine miners last week, while eight others were rescued by emergency services. Power lines and water pipes were damaged during an earthquake, trapping 17 miners more than a mile underground on Tuesday evening.

Rescue teams were immediately dispatched underground, but access to the affected area was hampered by smoke and a fall of ground. Rescue workers had to descend to a depth of 1,700 metres to locate survivors in a designated rescue bay equipped with emergency provisions – but only eight of the miners were to be found there on Wednesday morning. The whereabouts of the remaining nine workers was unclear until overnight rescue efforts found eight bodies. Another body was discovered later.

In unrelated accidents at two other mines also owned by Harmony Gold (one in the Free State and the other in the North West Province), two further miners died last Thursday, putting further strain and attention on the company. The mining conglomerate had momentarily halt operations amid all the search and rescue efforts to review its safety procedures.

With some of the world’s deepest goldmines, safety standards in the South African mining industry continue to pose serious challenges and threats, as accidents claim dozens of lives annually. 112 men were killed in mining-related accidents in 2012 alone – the last year for which there are government records presently available, and also a record-low. 2010 saw almost double the number of mining casualties.

Mining unions have repeatedly raised the issue of safety during recurring strike action, but South Africa’s antiquated mines are slow to catch on. Most of the underground shafts are left over from the apartheid rule and still kept in a constant state of disrepair, making them the most dangerous mines in the world to operate.

The “Mining Indaba”, presently being held in Cape Town, hopes to address some of the problems associated especially with platinum mining, but is overshadowed by massive strikes crippling the mining-related economy. Similarly, clashes between corporations, law officials and coal miners have previously had negative effects on the country, with the Lonmin Marikana shootings in 2012 culminating in a major crisis.

With gold and diamond mines also struggling to contribute to South Africa’s ailing economy, it seems difficult to put people above profits when profit margins are becoming increasingly slim.