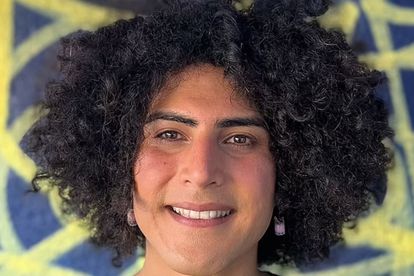 A 29-year-old transgender woman has beaten a 13-year-old girl to win a skateboarding contest in New York City. Photo: Boardr.com

A 29-year-old transgender woman has beaten a 13-year-old girl to win a skateboarding contest in New York City. Photo: Boardr.com

A 29-year-old transgender woman beat a 13-year-old girl to win a skateboarding contest in New York City, reigniting the debate over whether new inclusivity pushes create an unfair advantage in women’s sports.

Ricci Tres, who was born a man but now identifies as a woman, won the women’s division of the Boardr Open street skateboarding competition and a $500 prize, with 13-year-old Shiloh Catori coming in second and taking home $250 in prize money.

QUIZ | TEST YOUR RUGBY KNOWLEDGE AND YOU COULD WIN R1 000 IN CASH!

Four of the six finalists were under the age of 17, with the youngest being 10-year-old Juri Iikura, who came in fifth.

At 29, Tres was the oldest contestant.

Tres is 838th in the Boardr Global Rankings, compared to Catori’s 133rd ranking.

Tres attempted to participate in the Women’s Street USA Skateboarding National Championships to aid in her bid to qualify for the Olympics, but was rejected because she had too much testosterone, according to The Daily Mail.

The website said Tres took hormones to suppress her testosterone but still came in over the limit.

Tres served four years in the Navy and had three kids with her now ex-wife before becoming a woman.

The pair still live together in Los Angeles and co-parent their children, according to the report.

“I am 29, I have three kids, I’m married, I did my time in the military, I own a company,” Tres said in an interview.

“I’ve decided that I like being pretty and cute.”

The transgender athlete’s victory sparked an outrage on social media among critics who blasted Boardr Open for allowing a much older competitor assigned male at birth to face off against biological females – many of them more than half her age.