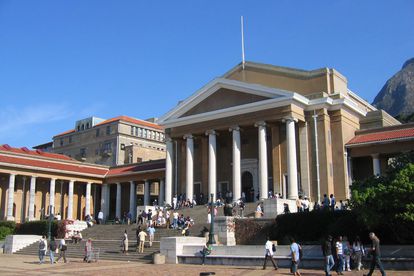 With applications already in, we take a look at the universities our top students in the country will be hoping to attend next year.

The current top ten universities in South Africa are:

The University of Cape Town which sits picturesquely at the foot of Devil’s peak has consistently been the best University in the country and has made every effort to position itself as the top research university on the continent. Currently ranked  241st in the world rankings and ranks favourably internationally for Development Studies, Sports-related Subjects and Geography ranking in the top 50 in the world for all three.

University of the Witwatersrand

The University of Witwatersrand with campuses dotted all through the northern suburbs of Johannesburg is one of the hubs for fossil research. Commonly called Wits, this university currently sits 321st in the world. Wits are internationally rated as a leading university for paleo-sciences with the most extensive fossil collection in the southern hemisphere in addition to having a very strong mineral and mining engineering faculty.

Stellenbosch is known worldwide for world-class wine and a world-class university. The University of Stellenbosch has been open since 1918 and operates across 5 campuses serving more than 29000 students. Currently ranked 415th in the world and one of the Universities still offering tuition in Afrikaans.

The University of Pretoria was founded way back in 1908 and is one of the most prominent universities in South Africa offering more than 1800 programs academic programs with 7 campuses situated in the north of Gauteng province. The university currently ranked 474th in the world.

The University of Johannesburg was established in 2005 with the merger of the Rand Afrikaans University, the Technikon Witwatersrand and Vista University. Out of the approximately 50,000 students in attendance, more than 3,000 are international students. It ranks 627th in the world and offers a mix of vocational and Academic Programmes.

North West University ranked 745 in the world and was established in 2005 when the Potchefstroom University for Christian Higher Education merged with the University of Bophuthatswana. It has three campuses, in Potchefstroom, Mahikeng and Vanderbijlpark. With more than 60,000 students, it is one of the largest universities in the country.

University of the Western Cape

University of Western Cape was established in 1959 and has approximately 22,000 students. It was active in the struggle against racial discrimination, and many of its students were involved in the Black Conscious Movement. UWC has a world ranking of 885.

University of the Free State

One of the oldest universities in South Africa, it was initially founded as the Grey College and ranks 1004th in the world. It was known as the University College of the Orange Free State during the forties and fifties. It is situated in Bloemfontein but also operates a satellite campus in Qwaqwa. Operating as a whites-only institute for most of its existence, the University of the Free State was fully de-segregated in 1996.

Situated in Grahamstown, Eastern Cape, Rhodes is one of only four universities in the province. Approximately 8,200 students are currently enrolled at Rhodes, of which almost 1,500 are international students. It was founded back in 1904 and has a world ranking of 1021