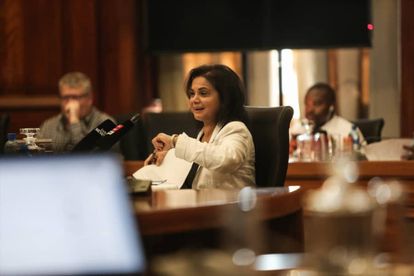 Shamila Batohi, many would say, was destined to be a woman of historic firsts. Ten years ago, she made local history by being the first woman appointed as the director of public prosecutions.

Today, she begins her role as the first female national director of public prosecutions, a coveted post that holds a lot of power.

Read – Shamila Batohi: Why the new NDPP was previously sent for anger management

Batohi is no stranger to this level of pressure. She holds at least three decades worth of experience in the area of prosecutions. She has seen it all and been through it all.

The fragile smile of a petite woman might fool you enough to think that she has a thin layer of skin but don’t be too naive.

The intense political nature of Kwa-Zulu Natal (KZN) has climatised her well for this position.

The Daily Maverick has described her new tenure at the helm of the National Prosecuting Authority (NPA) as having “the country on her shoulders.”

The NPA in its current state

Others have cringed at the thought of such an accomplished woman stepping into the alleged dirt and corruption that was once treaded by her predecessor, Shaun Abrahams.

Rightly so, the state capture inquiry has seen a number of witnesses testify that the NPA had, in some capacity been implicated in the ‘capturing’ of South Africa by dark forces.

Moreover, the Mokgoro inquiry, chaired by retired Constitutional Court Justice, Yvonne Mokgoro, is the other judiciary process that seeks to assess the fitness of two suspended NPA heads — Nomgcobo Jiba and Lawrence Mrwebi — to hold office.

Jiba and Mrwebi have been implicated in a string of corruption cases involving the NPA.

“The institution with lots of shit”

Speaking with the Daily Maverick, Batohi’s former colleague, Howard Varney described Batohi’s move to the NPA as coming to an institution “that is utterly dysfunctional”

“She is coming into an institution that is utterly dysfunctional and riven by division; (its leaders) have done the bidding of those in power. The network of corruption required that the key decision-makers in the NPA be controlled. There are individuals (working there) who have overseen the effective destruction of the institution,” Varney said.

Whatever the case may be, we wish her all the luck which, we’re sure, she does need.