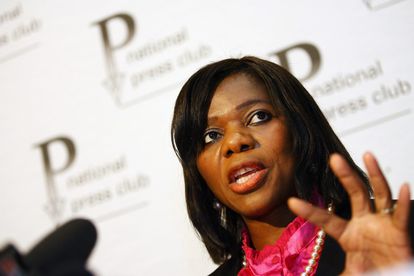 Thuli Madonsela’s office has confirmed that an investigation into the SABC has entered its first stages. Now, while the national broadcaster has made every effort to block real news from leaking into the public domain, it’s no secret that things aren’t going all that well.

Protests against the SABC’s censorship of the news, abuse of power by COO Hlaudi Motsoeneng and financial mismanagement have led to Madonsela’s office’s decision to investigate the SABC.

Now, while the ANC and its minister Faith Muthambi previously revelled in the national broadcaster’s favourable coverage of the ruling party and its allies, things have got to the point where even they have had to act… in order to salvage votes in the August 3 election.

This isn’t the first time that the Public Protector has tried to reign in the SABC though, as Madonsela’s office previously recommended against Hlaudi Motsoeneng’s continued tenure as COO. The Public Protector, as well as the Cape High Court previously ruled that Motsoeneng be suspended as he had lied about his qualifications, among other things.

Communications minister Faith Muthambi – who hired Motsoeneng – refused to heed the call of the Public Protector and High Court and chose to appeal the ruling against him, due to be heard in the Supreme Court of Appeal in September.