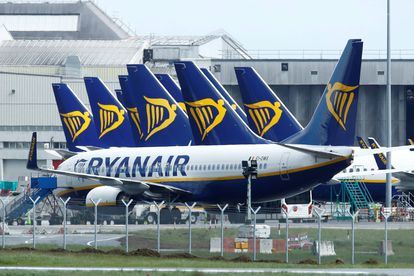 There was widespread confusion and anger last week after the low-cost airline introduced a 15-question quiz in Afrikaans before travellers were allowed on flights both to and from the United Kingdom.

The South African website reported on Friday that Ryanair confirmed that it asked South African passport holders to complete the quiz before being allowed to board their planes.

There was no confirmation of a pass – or fail – mark.

The CEO of the Afrikaans Language Board, Conrad Steenkamp, told Sunday’s Rapport newspaper that the decision to conduct the test was “absurd”.

Steenkamp added that he did not understand why Ryanair singled out Afrikaans as the only one of Mzansi’s 11 official languages.

Meanwhile, in a tweet, the British high commissioner said the quiz was not a UK government requirement.

A number of South African expats took to various social media groups to relay their frustrations.

The Ryanair questions as below:

The questions ranged from “Wie is die huidige president van Suid-Afrika?” (Who is the current President of South Africa?) to “Watter een van die volgende is ‘n bekende Suid-Afrikaanse rivier?” (Which of the following is a well-known South African river?).

The options for the latter question were: Die Geel Rivier, Die Oranje Rivier and Die Pers Rivier (the Yellow, Orange and Purple Rivers).

Take the quiz below to see how many answers YOU know! Click ‘Next’ after each answer. Then copy the article to your friends to see who’s smarter!

No cheating and scrolling to the bottom for the answers!