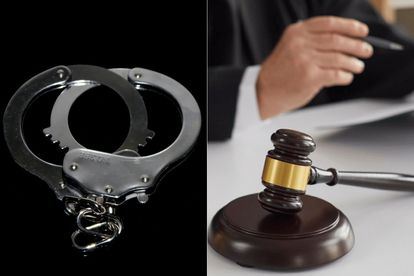 The National Head of the Directorate for Priority Crime Investigation (Hawks) Lieutenant General Godfrey Lebeya (Dr/Adv) expressed his ‘satisfaction’ at the news of Knoesen’s sentence.

Knoesen was sentenced for planning terrorist attacks in South Africa. The 64-year-old was sentenced at the Middelburg High Court on Tuesday, 27 September. Hawks spokesperson Brigadier Thandi Mbambo says Knoesen was found guilty on 6 June after a number of court appearances.

“He attempted to appeal the sentence but his leave to appeal was denied,” Brig Mbambo said.

What crimes was the National Christian Resistance Movement leader found guilty of?

He was arrested in November 2019 following an ‘intensive’ investigation into his terrorist plot by the Hawks’ Crimes Against The State. According to Brig Mbambo, Knoesen prepared and planned to carry out terrorist attacks on the South African Government.

Knoesen was sentenced as follows:

In an unrelated incident, it was previously reported that convicted terrorists Brandon-Lee and Tony-Lee Thulsie have been released on parole.

The twins’ attorney Yousha Tayob confirmed that they were released. Their release comes six months after their trial came to an end in the Johannesburg High Court. The Thulsie twins struck a deal with the State after spending six years behind bars waiting for their trial.

While in court this year, Brandon-lee was given eight years while Tony-Lee was given 11 years. The judge noted that the time the Thulsies spent in prison would be taken into consideration. Read the full story here.