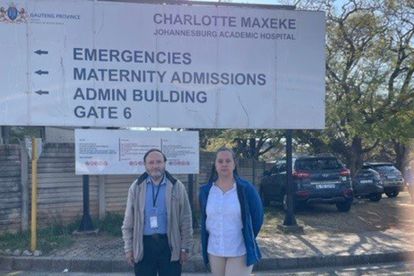 This crisis was highlighted by DA Gauteng Shadow Health MEC Jack Bloom MPL after he was inundated with complaints about the problem.

“Staff and patients continue to suffer from the broken switchboard at the Charlotte Maxeke Johannesburg Hospital which has not been repaired for four weeks and will probably take another two weeks before it is fixed”.

He said this was an unacceptable situation that is even endangering the lives of patients as staff have to use their own cell phones to call doctors in emergencies.

“Last month I visited the hospital with DA Councillor Chloe Homer to find out what the problem was with the phones after many complaints that people could not get through to the hospital.

“We were told that the PABX had failed after load-shedding on 12 July, but they expected it to be fixed in early August,” Bloom explained.

He added: “We now hear that the problem is the power supply module to the PABX and parts still need to be flown in from overseas to fix it.

Meanwhile, the hospital has been slow to provide extra cellphones to staff – only 10 for a huge hospital”.

He further detailed that in one administrative unit, there is only one cellphone for 20 staff to share. Staff often have to use their own airtime in emergency cases.

“Nurses tell of transferred patients who have to be turned away because of no prior communication, or patients arrive only to be told that their appointment has been rescheduled as they could not be contacted beforehand”.

He also added that relatives cannot phone the hospital to find out how their loved ones are doing.

“The alternative numbers that have been provided are inadequate for a hospital with 800 patients in beds, and thousands of outpatients.

I have been persistently raising the problem of broken switchboards at Gauteng public hospitals. According to a written reply to my questions earlier this year, the Department blames outdated switchboards and disclosed that 25 hospitals had recently experienced telephone problems, sometimes for weeks on end,” Bloom outlined.

“The DA will continue to press for the urgent upgrading of hospital switchboards as they perform a vital function that should not be neglected,” he concluded.