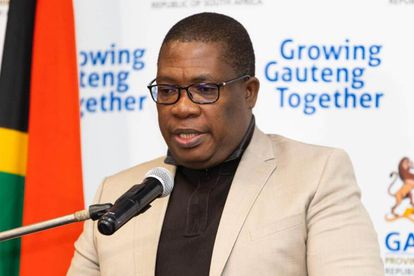 TEACHER WAS ALLEGEDLY STRANGLED AND STABBED TO DEATH

Mosia was found dead in her flat on Thursday 2 September according to Lesufi and it is alleged that Mosia was in her flat at Jabulani Hostel in Soweto when she was strangled and stabbed to death. Police are investigating circumstances surrounding this incident, Lesufi went on to say.

“Our psycho-social unit has been dispatched to visit the school for [the] necessary support to all affected,” he said.

“It is really disheartening to learn of the brutal and untimely death of Ms Lerato Mosia. We wish to convey our deepest condolences to her family and the entire school community. She played a vital role as an educator at Mara Primary School and in her community. As such, a void has been created due to her passing and we will implore law enforcement agencies to apprehend those who were involved in her death,” added Lesufi.

PUPIL, 12, FALLS ILL AND DIES SHORTLY AFTER ARRIVING AT SCHOOL

Apart from the teacher that was found dead in her flat, a 12-year-old boy, who attended the Kokosi Primary school in Gauteng, became ill shortly after arriving at school back in June and died.

According to the Gauteng Education Department, the youth brigades picked up that the boy was not feeling well on arrival at the school and he was immediately taken to an isolation room.

“The safety committee realised that his condition was not improving, they called parents and rushed him to a local clinic, sadly he was certified dead on arrival, in the presence of his parent,” said Gauteng Education Department spokesperson Steve Mabona.

“This is to confirm that, working with the department of health, we are conducting a forensic investigation on the circumstances surrounding his death,” he added.