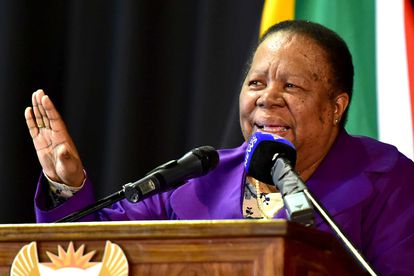 On 3 May, Naledi Pandor appointed a ministerial task team to advise the minister of higher education and training on matters relating to gender-based violence at colleges and universities.

At the time, the Department of Higher Education confirmed:

“Through this Policy Framework the DHET is creating an enabling environment for the eradication GBV and instil respect, protection, promotion and fulfilment of human rights as enshrined in the Bill of Rights of the Constitution of the Republic of South Africa.”

This follows after a group of academics submitted a proposal on how to address cases of sexual harassment and abuse at academic institutions. The necessary steps to be taken include:

The task team has been appointed for a year, starting June 2019. They will begin by identifying policy weaknesses at institutions of higher learning and report on and manage gender-based harm. The team consists of:

Lisa Vetten confirmed that the council will have “national and provincial representation,” and will include representatives for trade unions, chapter 9, and for the LGBTQI and disability sectors.

Minister Pandor said that by confronting difficult issues, we can “create a society where everyone, especially women, feels safe and are safe at all times and in all places.” She added:

“Gender-based violence is not acceptable. Condemnation needs to be constant and consistent, perpetrators need to be prosecuted. It requires that we address societal issues of patriarchy, economic relations and changing the way of thinking about gender relations.

Furthermore, she said that no man is entitled to exert economic and other forms of power over women, and that “no woman must find themselves tolerating the injustices perpetrated against them.”

In addition, we need to challenge the “preconceived notions of how women and men should behave, and that men and women are “equal in all respects.”