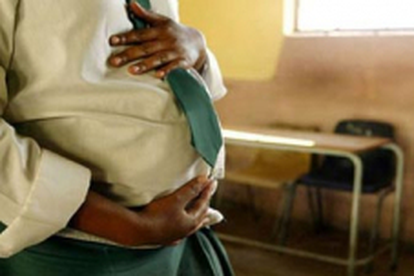 The discussions aim to target the districts that have recorded the highest number of teenage pregnancies in the past two years. Photo: Supplied

The discussions aim to target the districts that have recorded the highest number of teenage pregnancies in the past two years. Photo: Supplied

What?! Yes, we know this was your reaction when you read the headline, and yes it is shockingly true. According to Statistics South Africa, the country recorded 34 587 teenagers who gave birth in the 2020/21 financial year.

This was revealed during a round table discussion hosted by the Department of Social Development countrywide to strengthen the existing child protection system to prevent teenage pregnancy.

The discussions, which started on Tuesday in Lusikisiki, in the Ingquza Hill District Municipality, aim to target the districts that have recorded the highest number of teenage pregnancies in the past two years.

These are in KwaZulu-Natal, Gauteng, Limpopo and the Eastern Cape.

According to Statistics South Africa, the country recorded 34 587 teenagers who gave birth in the 2020/21 financial year.

The department’s Acting Chief Director: Child Protection, Neliswa Cekiso, said as a department tasked with the responsibility to care for and protect children, the high number of teenage pregnancies should be a cause for concern.

“Teenage pregnancy is a multifaceted problem that requires a comprehensive intervention,” Cekiso said.

Attended by representatives from the Departments of Social Development, Health, Basic Education and the South African Police Service, and traditional leaders, among others, the round table discussion agreed that there is a need for a holistic approach to address the challenge of teenage pregnancy.

Cekiso noted that Section 110 of the Children’s Act, 38 of 2005, makes provision for reporting of suspected cases of abuse for purposes of triggering immediate response and measures to assist a child whose life is at risk.

She also emphasised that daily reported abuse disclosed by a child to a mandatory or non-mandatory adult “whether it happened a long time ago or recently, needs to be taken seriously and most importantly reported to the police or the Department of Social Development”.

“We all have an obligation as communities, parents, caregivers, teachers, health professionals to report suspected child abuse cases,” Cekiso said.

Noluthando Gwiji from the Eastern Cape Department of Health said while there are interventions and continuous campaigns by the department, the numbers are not going down which should be a serious concern for the country.

‘80% DELIVERIES BY ARE BY CHILDREN’

“There are times at Holy Cross Hospital in Flagstaff where 80% of deliveries are by children,” a concerned Gwiji said.

In order to ensure targeted interventions to the affected pregnant children, the National Department of Social Development has requested provincial departments to profile and assess the children so that adequate services can be provided, including investigation and referral to the South African Police Service, in instances of statutory rape.

The department has also engaged with the Directors General of Health and Basic Education so that current policies and programmes can be evaluated and improved, at a national level.

On 17 February 2022, the Department of Basic Education launched its policy on the prevention and management of learner pregnancy in schools in North West.

According to the United Nations Population Fund (UNFPA), teenage pregnancy is a global problem but occurs most often in poorer and marginalized communities.

Many girls face considerable pressure to marry early and become mothers while they are young.

The roundtable discussions will continue in KZN in March.