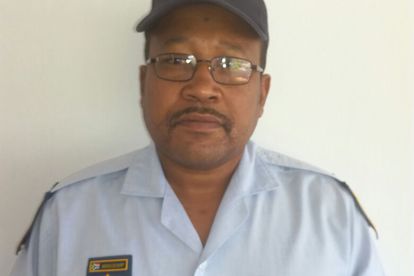 Not all heroes wear capes; a 50-year-old police officer from Gqeberha came to the aid of a pregnant woman and helped deliver her baby on 1 March 2022.

It would seem that playing ’doctor’ and delivering babies while in police uniform appear to be part of  Warrant Officer Roderick Middelkamp’s daily routine. Middelkamp went beyond his call of duty as he delivered his fourth baby.

Police said Middelkamp was busy with crime prevention patrols when he got a call from a distraught community member. The community member sought his assistance with a pregnant woman who was about to give birth at home.

“For the fourth time, SAPS Despatch’s brave police officer came to the aid of a pregnant mother during the early hours of this morning, 01 March 2022.

“Immediately and without hesitation, the police officer rushed to a house in Goosen Street in Despatch. The 31-year-old mother-to-be was in the advanced stages of labour. Remaining very calm, he assured the mother that everything was going to be fine and within five minutes, he adroitly delivered a bonny baby girl.  By the time the ambulance arrived, both mother and baby were fine.”

Gqeberha police spokesperson, Captain Andre Beetge said when a police officer reports for duty he/she dons on the cloak of a mother, father, social worker, law enforcer and many times a gynaecologist.

“Situations arise that warrant immediate action and society looks upon a police officer as ‘the jack of all trades’ and a saviour in times of crisis. In most cases, no matter the circumstances, our men and women in blue emerge victorious by showing that ’we can do it,” Beegte said.

The 50-year-old police officer with over 30 years of service in the SAPS,  is said to have proudly boasted  that this was his fourth baby (all girls) that he had delivered while at SAPS Despatch.