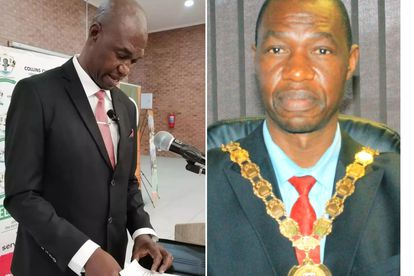 The South African Police Service (SAPS) is making progress in the investigating into the murder of the Collins Chabane Municipality’s Mayor, Moses Maluleke. According to SAPS Limpopo spokesperson Brigadier Motlafela Mojapelo, officers handling the case have managed to positively linking one of the four suspects who had been arrested for a spate of serious crimes, to his murder.

Maluleke was attacked together with his 18-year-old son inside their home back in July. The mayor was shot dead while his son managed to survive the incident. Mojapelo says four people had been arrested.

“The Vhembe Trio Crimes Task Team received information about the location of the suspects who were committing the spate of business robberies, car hijackings, murders, rapes and burglaries committed in Thohoyandou, Mphephu, Siloam, Vuwani and Levubu policing areas. The information was operationalised which led the Team to different locations at Ha-Mutodi, Duthuni, Shayandima and Thohoyandou Block F where the four suspects were arrested,” he said.

ARRESTS MADE IN LIMPOPO MAYOR’S MURDER

“The suspects aged between 21 and 44 were, soon after their arrests, subjected to further probes which positively linked the 30 year-old to the murder of the Mayor. The probe also linked the same suspect to the murder of a Thohoyandou Lawyer. Mr Mangwadu, who was attached to the Legal Aid, was shot and killed in January 2022 when entering his home,” Mojapelo said.

The province’s police commissioner Lieutenant General Thembi Hadebe has commended the team for conducting a well-coordinated operation that led to the arrests and also hailed the investigators for their meticulous investigations that positively linked one of the suspects to the murder of the Mayor.