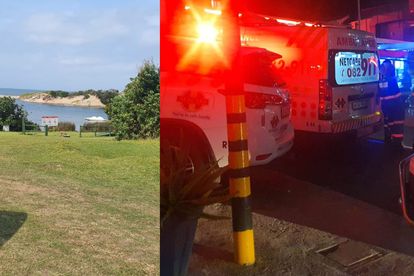 Netcare 911 responded to two drownings, one at a hotel and another at the beach, in separate provinces this weekend.

NETCARE 911 ATTENDS TO DROWINGS THIS WEEKEND

Starting in KwaZulu-Natal, at 20:50 on Saturday night, they responded to a drowning at the pool of a seaside hotel on Margate Beach in the KZN South Coast.

Reports indicate two adult females sank to the bottom of the pool, shortly after jumping in.

“Both women were pulled out of the water by hotel patrons who witnessed the incident.”

Medics assessed both patients who had ingested pool water but were in a stable condition.

Once treated, the patients were transported by government Emergency Management Service (EMS) to the hospital.

TEEN DIES AFTER DROWNING AT SEA

Meanwhile, in Eastern Cape at 11:40 on Sunday, they responded to reports of a drowning at an unprotected beach South of the Wild Coast Sun Holiday Resort.

Reports indicate that a group of swimmers got into difficulty after being pulled into the sea by a strong rip current.

Netcare 911 reports that some of the swimmers managed to get themselves to shore with the help of people at a local camping site.

“One of the swimmers, a 15-year-old male, was found on a nearby rocky outcrop and was brought to shore by the South Coast SAPS Search and Rescue Unit.”

The young boy was assessed on scene by paramedics, however, showed no signs of life and was sadly declared deceased.

A 12-year-old male was also rescued from the sea by the NSRI and handed over to Netcare 911.

“The patient was assessed and found to have respiratory distress. Once treated and stabilised, the young boy was transported to hospital for further care.” the company explained.