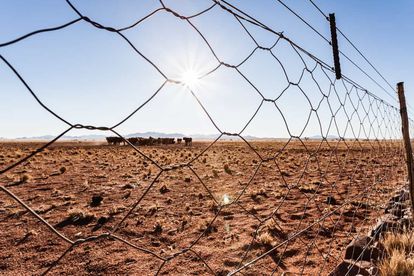 John Steenhuisen has called on President Cyril Ramaphosa to force his premiers in each province to respond to the drought that has been crippling the country as a matter of urgency.

Steenhuisen touched on the fact that the ANC ruling party has been ignoring the drought which has been crippling all nine provinces, further stating that their approach is no longer sustainable.

It is estimated that more than 37% of rural communities in South Africa are affected by the drought. An AgriSA study at the beginning of last year found that around 30 000 farmworkers had already lost their jobs due to the drought. That number has no doubt climbed since then.

Steenhuisen added that the drought has a great impact on our nation’s food security.

“It is an issue that will touch each and every South African, and as always it will be poor and destitute South Africans who will be left reeling as food scarcity and imports cause prices to soar,” he said.

Steenhuisen said that nobody can bring on rain, however, the impact of a crippling drought can be lessened.

“There is plenty one can do to try and lessen the impact of the drought on residents and to protect food security in the agriculture sector,” said Steenhuisen.

He blamed poor planning, crumbling infrastructure, and rampant corruption for exacerbating the effects of the drought.

According to DispatchLive, the Eastern Cape is the  “worst-hit” province by the persistent drought that has gripped SA since 2015.

This was reported by Human Settlements, Water and Sanitation Minister Lindiwe Sisulu on Monday 6 January 2020.

The proverbial Day Zero is a reality for most parts of the province, she said. However, she would not say how much national government would pump into the Eastern Cape to address the problem.

The Eastern Cape was declared a disaster area, meaning Pretoria would allocate millions of rand to drought relief programmes.

While Sisulu kept mum on how much they would allocate to the province, Eastern Cape Premier Oscar Mabuyane said they needed at least R600 million to address the disaster in the interim.

Sisulu said the drought was being felt in other provinces, such as Limpopo and the Northern Cape, but households in the Eastern Cape — especially in rural areas, the agricultural sector and businesses — had been hit hardest.

Buffalo City Metro has already implemented Stage 3 water restrictions due to dwindling dam levels and residents not doing enough to save.

Eastern Cape South African Weather Service spokesperson Garth Sampson said scattered thunderstorms on Wednesday 8 January were expected to flood the Graaff-Reinet area in the Eastern Cape. However, it was still not enough to make a meaningful impact against the drought.

Rainfall brings some relief to Karoo

According to SABC News, rain also fell in areas of the Garden Route and Little Karoo.

The rain was also welcomed in dry areas of the Eastern Cape, such as Aberdeen and Graaff-Reinet with 70mm rain recorded in the Adelaide-Fort Beaufort area, and 26mm in Graaff-Reinet.

However, Agri Eastern Cape president Doug Stern said any rain is welcome, but follow-up rain is needed in order to end the drought in the province.

“When you talk drought of this magnitude, 20mm or 30mm is not going to give you any sort of relief. You need to follow up on rain that is very important. With this current rain, we would need more in the next two weeks’ time of another 20mm. Only then will we start to talk about relief. It is important to understand that one rain won’t change the situation dramatically,” said Stern.

Western Cape on the edge of Day Zero

Three years of crippling drought brought the Western Cape, and the City of Cape Town in particular, right to the edge of Day Zero – the day when the taps would run dry.

“It was only through a massive effort that involved both local and provincial government, as well as business, civil society and, above all, ordinary residents, that the day was avoided,” said Steenhuisen.

While Cape Town’s residents managed to avoid Day Zero, the drought in the Western Cape is far from over.

“Parts of the Karoo, the West Coast and the Overberg are still in danger, but at least there is a plan in place – a plan that includes infrastructure repair, maintenance and upgrades, rainwater harvesting, alien vegetation clearing and the adoption of a Smart Agriculture Plan,” he added.

Speaking in the Northern Cape, Steenhuisen said that Ramaphosa — hosting the ANC’s anniversary party there — should be able to see first-hand, what the province is going through.

“Nowhere is this looming catastrophe more evident than right here in the Northern Cape. President Ramaphosa has now been in the Northern Cape for the better part of a week and would have seen first-hand the devastation caused by the ongoing drought. He cannot later claim to be shocked by this situation,” said Steenhuisen.

“President Ramaphosa is here in the Northern Cape, and he will be addressing a national audience on Saturday. I appeal to him to use the opportunity to recognise the urgency of the situation and to prioritise an adequate response,” he added.