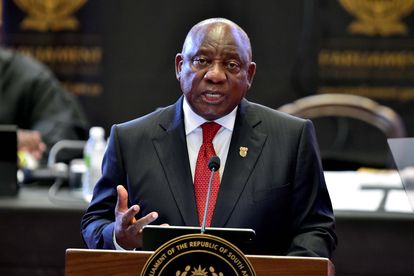 The legal fees for national and provincial spheres of government over the past five financial years amount to a staggering R7 billion.

LITIGATION AGAINST STATE ON THE RISE

This is according to President Cyril Ramaphosa who was speaking at the inaugural Intergovernmental National Litigation Forum held in Pretoria on Friday.

The President highlighted that state litigation costs have become “untenable and unsustainable” and must be addressed.

“Litigation against the state has risen by staggering levels.”

“The contingent liability resulting from claims against the State prior to the proclamation of the State Attorney Amendment Act of 2014 still needs to be fully interrogated.”

“But the Auditor-General has reported that the contingent liability was sitting at R147 billion for the 2020/2021 financial year.

“Yet, even as we work to reduce the potential for litigation against the State, we need to have mechanisms such as this forum in place to more effectively safeguard the interests and resources of the South African people.”

He said mediation in good faith as a means to avoid going to court is a way that can reduce litigation costs without “short-changing” citizens.

“We must urgently implement the State Mediation Policy to resolve disputes speedily.”

He said this would require the development of directives and standards to ensure streamlined oversight of the Offices of the State Attorney, not only by the Office of the Solicitor-General but also by the Presidency.

President Ramaphosa raised concern about what he called a lack of coordination in government when dealing with litigation.

He emphasized that a disaggregated approach can have “huge costs for our fiscus” and the government’s ability to fulfill its electoral mandate.

“In this time of great scarcity, let us do everything within our means – through effective coordination of litigation – to free up the financial resources of the state to pursue our developmental agenda and improve people’s lives,” said Ramaphosa.